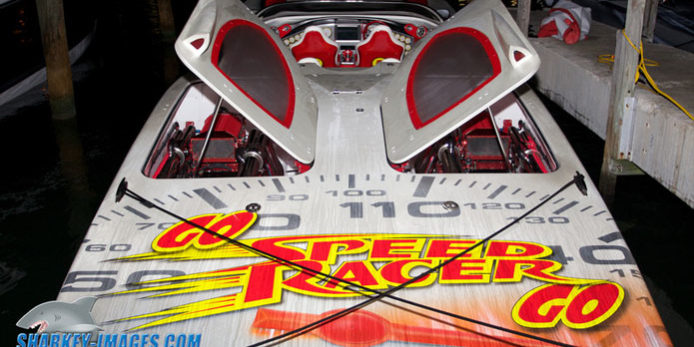 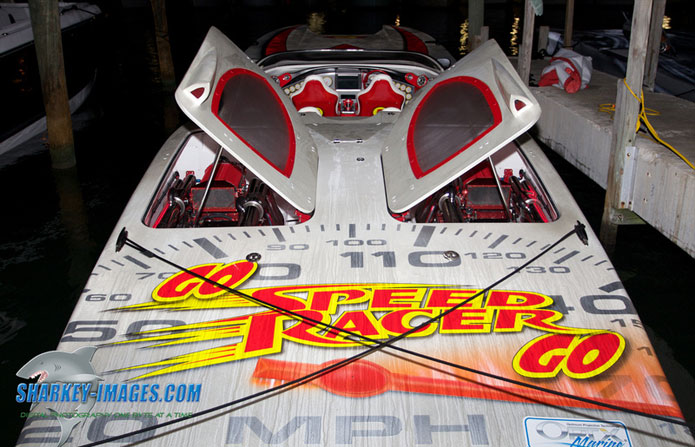 Speed On The Water recently showcased some custom work done on one of our 44′ Catamarans, Speed Racer, owned by Bob Christie.

Always an eye-catcher during the day, Speed Racer—the iconic 44-foot-long catamaran from Marine Technology, Inc.—recently received an after-dark upgrade. Thanks to LED strips and dots from Optx Marine, the cat’s cockpit and engine compartment combine to form a spectacular light show after the sun goes down. The new LEDs were color-matched to the LED underwater lights in the cat’s drive area, which were previously installed at MTI in Wentzville, Mo.

“The red glow in the engine compartment as well as the cockpit is incredible,” said Bob Christie, the owner of Speed Racer, who ran the boat two days ago in the Florida Powerboat Club’s Tampa Bay Poker Run. “And I was very impressed with the quality of the products. We ran 100 miles in four- to six-footers, and the lights held up perfectly.”

A combination of LED strips and dots were used to light Speed Racer’s cockpit. 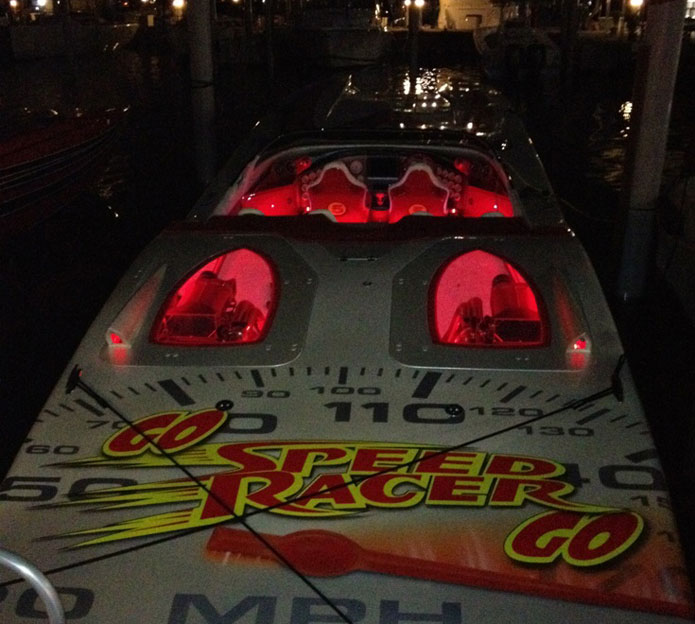 “The job took about half a day, and it was really simple,” said Ron Potter, the founder and owner of the engine, rigging and service outfit in Sarasota, Fla. “Most of the wiring was already in the boat. It’s just a matter of disconnecting and removing white lights, installing the LED strips and reconnecting them. They are such low amperage that you don’t have to add relays, breakers and switches. In the engine compartment, we used 48-inch LED pre-made strips. We used 12-inch pre-made strips under the dash and under the seats, and LED ‘dots’ in the cup holders. It came out spectacular.” The total cost for the project was less than $1,000, broken down to about $500 in product and another $400 for the four hours of labor the installation required