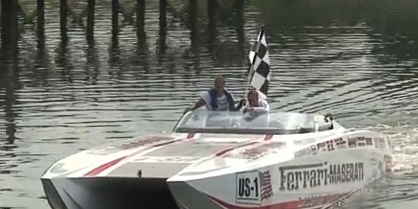 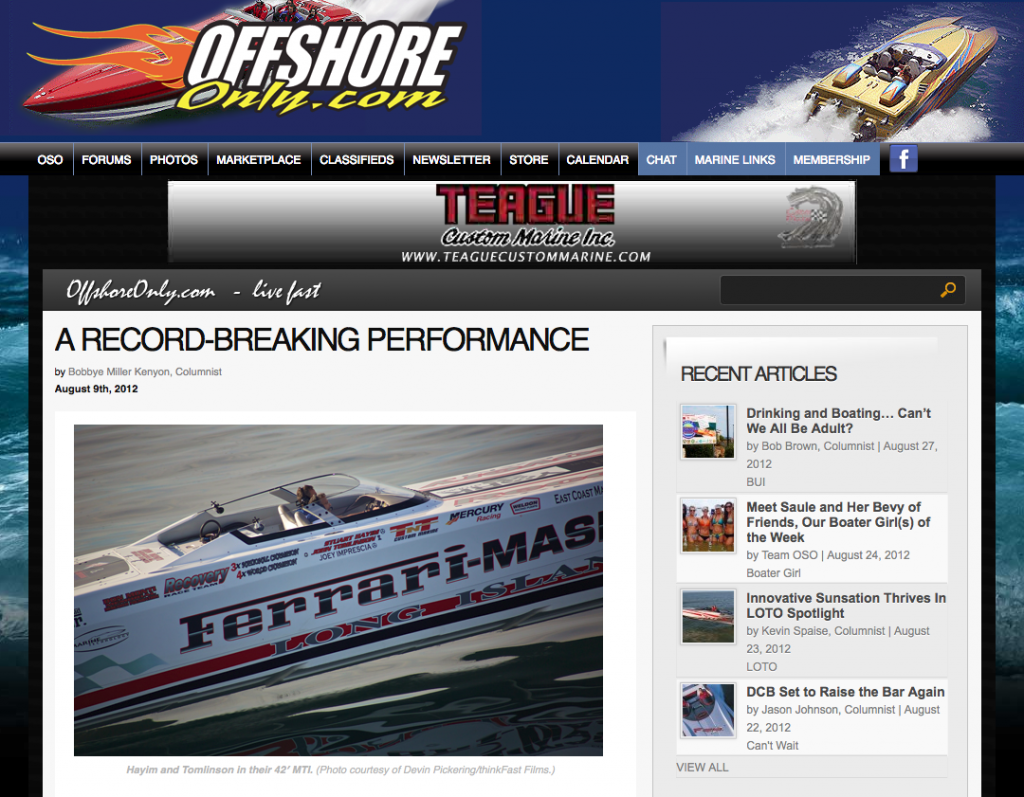 Marine Technology Inc was one of the first to bring you the news of Stuart Hayim and John Tomlinson’s record breaking run in their 48′ MTI cat around Long Island a couple weeks ago. Since then, the story has been like wildfire through an array of Marine Industry, as well as local, news sources! Here are just a few quotes and a couple videos from a sample of the articles that we have found.

“I couldn’t have ordered a better day, a swimming pool would have been rough.” Hayim said. “We were talking, laughing until we got to the ocean. It wasn’t the biggest waves, but it was sloppy with two to three footers, very unpredictable. If I had known it was like this out there when we started, I could have put five to six minutes in my pocket on the Sound side.”
— Offshore Only 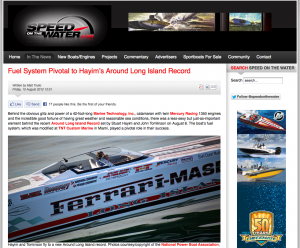 “Behind the obvious glitz and power of a 42-foot-long Marine Technology, Inc., catamaran with twin Mercury Racing 1350 engines and the incredible good fortune of having great weather and reasonable sea conditions, there was a less-sexy but just-as-important element behind the recent Around Long Island Record set by Stuart Hayim and John Tomlinson on August 8. The boat’s fuel system, which was modified at TNT Custom Marine in Miami, played a pivotal role in their success.”
— Speed On The Water

‘”We went under the 59th Street Bridge at 150 miles per hour,” said Hayim after the run. “I said to Johnny [Tomlinson, the throttle man.], ‘Whoever’s up there stuck in traffic got a really cool view on their way to work.‘”‘
— Boating Magazine 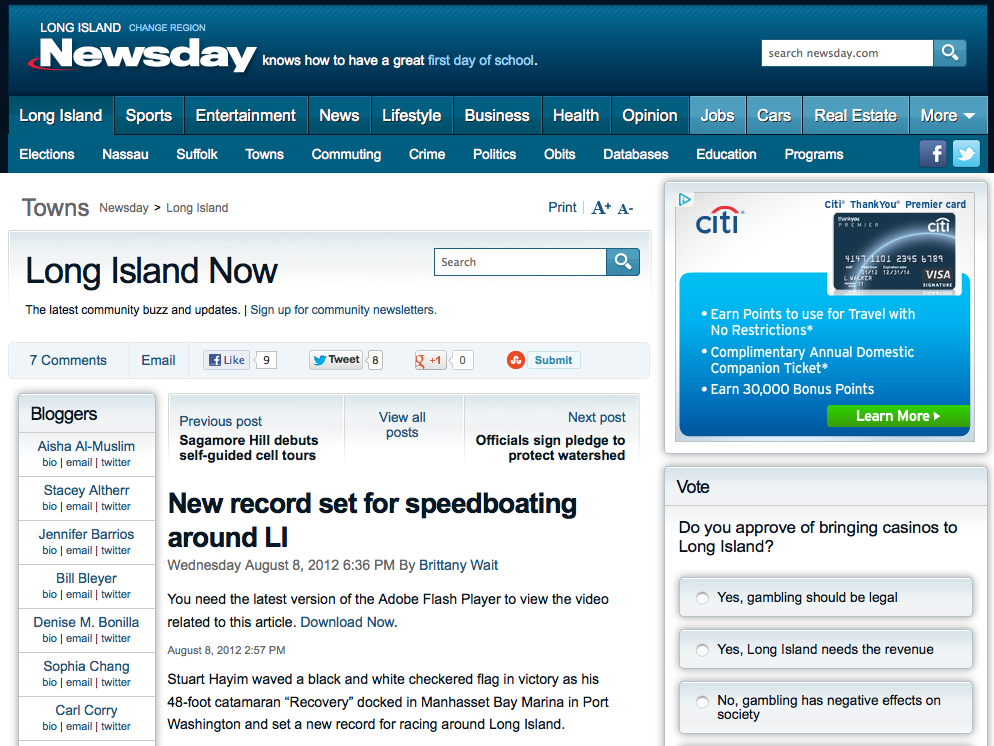 “Stuart Hayim waved a black and white checkered flag in victory as his 48-foot catamaran “Recovery” docked in Manhasset Bay Marina in Port Washington and set a new record for racing around Long Island. In fact, Hayim and his partner John Tomlinson smashed the year-old record by 64 minutes, speeding the 271 miles around the Island in 2 hours and 11 minutes.”
— News Day

‘“We ran between 125 and 139 mph all the way up the Sound,” said Tomlinson, who throttled the boat. “But in the open ocean, it was kind of a washing machine. I’d get it up to 110, and we’d fall into a hole and I’d have to pull it back. I had to throttle the boat all the way out there, and I didn’t want to do anything stupid to break it or mess up the fuel system. We took 500 gallons of fuel, 350 in the tanks and 150 in one of the bladders. We had a pump system on the bladder that I turned on to feed the tank. I had tested back home in Miami, running for 225 miles, and doing that I burned 375 gallons of fuel. So I knew we had more than enough with 500 gallons.’
— Boats.com