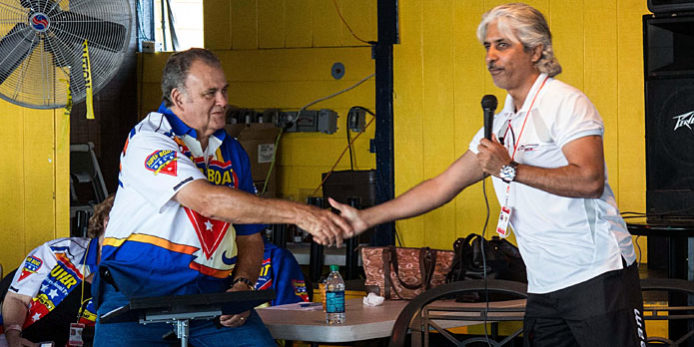 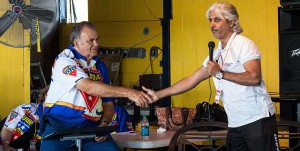 Announced at a press reception in Cocoa Beach, Fla., during the Space Coast Super Boat Grand Prix weekend, the Qatar Marine Sports Federation (QMSF) and SBI reached an agreement to bring the offshore racing show to Qatar early next year. (Click here for the full publication by Speed On The Water).

“We believe this is a great opportunity for SBI to showcase the strength of its international sanctioning power along with giving teams access to lucrative purses,” said John Carbonell, SBI founder and president. “Various Superboat classes will each have a $100,000 purse and teams will benefit from the QMSF shipping the race boats to Qatar after Key West.

“We are excited to be able to work alongside Sheikh Hassan in Qatar and we are also looking forward to his commitment to our race series this year,” Carbonell continued. “His loyalty to SBI is unprecedented with commitments to campaign two offshore powerboats—his 50-foot Mystic in the Turbine class and his repowered 44-foot MTI in the Superboat class.”