Marine Technology Inc to be at LOTO Lake Race 2013 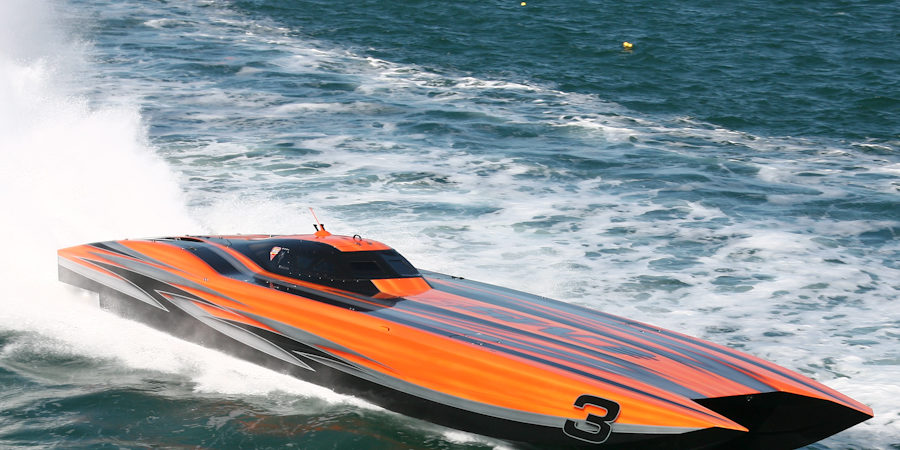 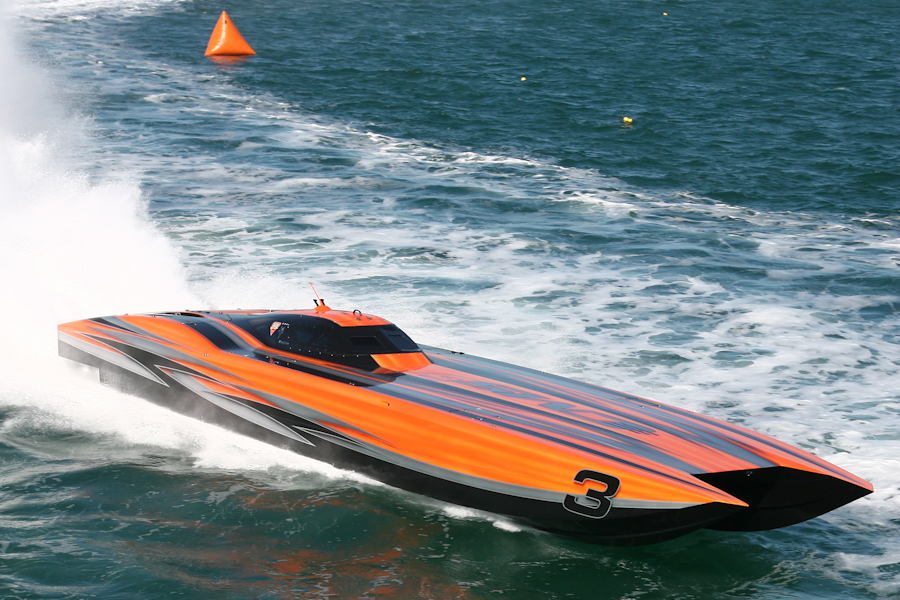 Make sure to keep an eye out for MTI at the Offshore Super Series’ in The Lake of the Ozarks June 7 – 9 and the Pirates of Lanier Poker Run July 18 – 20 in Georgia!

Bob Bull’s 48′ MTI will be on the water for the LOTO Run, among many other sleek, powerful boats from Marine Technology Inc!

With the performance boating season well underway, be sure to keep eyes peeled for two stylish models from Marine Technology Inc, according to Tom Stuart, Sales and Client Relations of the Missouri-based manufacturer.

Following the launch of its new V 42 Center Console at the Miami International Boat Show this past winter, the company is nearing delivery of a second 42 mid-June for the Naples, FL. region. This will be the second MTI model for the owner as he already owns a 55.’

Gallagher explains the V 42 is powered by quad Mercury Racing 350 SCi Verado four-stroke outboards – an MTI first for the model – and will be capable of speeds in the mid- to high-70 mph range with a full load.

“Everyone saw the red model with the tan interior in Miami but this 42 will have a totally different personality,” says Gallagher. “It has a completely different look with pearl-white graphics consistent throughout the whole boat, including on the console and hard top with blue accents. There are also two rows of bolster seating.”

During our interview with Gallagher, he also told us MTI just COMPLETED delivery of a new 44’ MTI catamaran powered by twin 1350 hp Mercury Racing engines.

“We just delivered another model for a high-profile sports player down in Texas through Bullock Marine. It’s a 44’ MTI with twin 1350 hp engines. It will be a very visible boat at poker runs and other Texas-based events. It will make its debut at the Texas Outlaw Challenge Poker Run (June 20 – 23).”

Be sure not to miss MTI representatives and its V 42 at various events this season including the Offshore Super Series’ in The Lake of the Ozarks June 7 – 9 and the Pirates of Lanier Poker Run June 18 – 20 in Georgia.