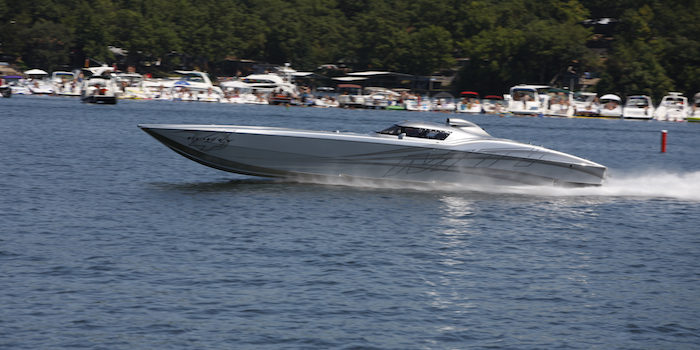 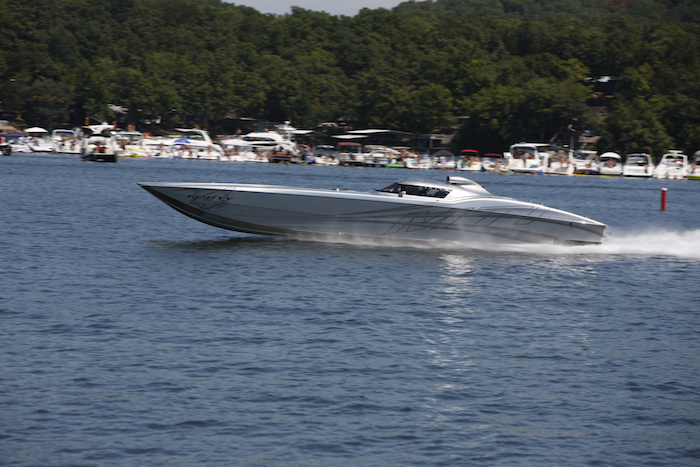 Proud MTI driver, Richard Prince, recently spoke with Lake Expo about his plans with MTI’s own Randy Scism for the Lake of the Ozarks Shootout, coming up later this month, as well as his experience with race wins and history at LOTO.

LAKE OF THE OZARKS, Mo. — The Lake’s biggest boat race will be celebrating its 25th birthday this month.

The Lake of the Ozarks Shootout has brought racers from around the world to display the limits of speed in vessels ranging from PWCs to catamarans sporting horsepower in the thousands.

Lake Expo focuses its Shootout Spotlights on men and women who have distinguished themselves in recent Shootouts, and who offer the promise of exciting runs this year.

Business: Self-employed with a trucking company

Family: Wife Melissa and children Paris and Braden. I couldn’t do it without the support of my great family.

Describe the Lake of the Ozarks Shootout in one word: Awesome!

It is a very well organized event and that makes it a lot of fun.