As an NFL offensive lineman for the New York Giants, Brad Benson was an immovable object that helped his team to a Super Bowl victory over the Denver Broncos in 1986. Long since retired, Benson, who owns and operates the Brad Benson Auto Group in South Brunswick, N.J., is still a formidable presence, particularly in Pass Blocker, his 52-foot Marine Technology, Inc. (MTI) catamaran with twin 1,650-hp Mercury Racing quad overhead cam turbocharged engines. 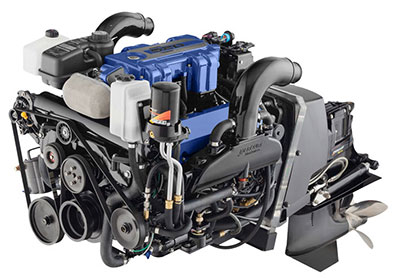 Check out a portion of the article from Powerboat Nation below, or click here to read the piece in full. As the industry is evolving, so are the powerboats of today, and what makes this so significant is the fact the the engine and propulsion providers are really focusing on the 520, 525, 565, and…