A Positive Outlook In The “Go-Fast” Boating Industry 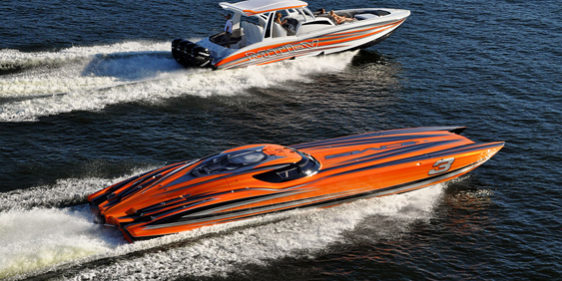 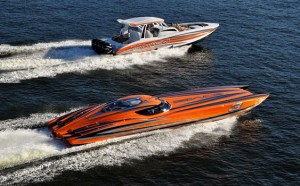 Jason Johnson, a columnist for Offshore Only and Speed On The Water, published an article mid-December reflecting on the rise in the go-fast-boating industry, including some words from our own Randy Scism. Check out a portion of the article below, or click here to read it in full.

While interviewing some of the most influential and innovative people in the high-performance community over the past couple of weeks for speedonthewater.com’s Highs and Lows from 2013 series, it’s been refreshing to hear that so many businesses are beginning to see the pendulum swing the other way.

Marine Technology Inc. (MTI) founder and owner Randy Scism understands that philosophy as MTI’s most popular models right now include the new 52-foot catamaran and the new 42-foot center console. Scism is thankful MTI moved forward with the development of the 42-footer a couple of years ago as the center console is “starting to take off.” Five of the V-bottoms were delivered in 2013 and a few more are in production.

Scism gives a lot of credit to the Mercury Racing QC4v engines—the turbocharged 1,100-, 1,350- and 1,650-hp power plants—for boosting new boat sales over the last couple of years. And he’s not the only builder to credit Mercury for sales….