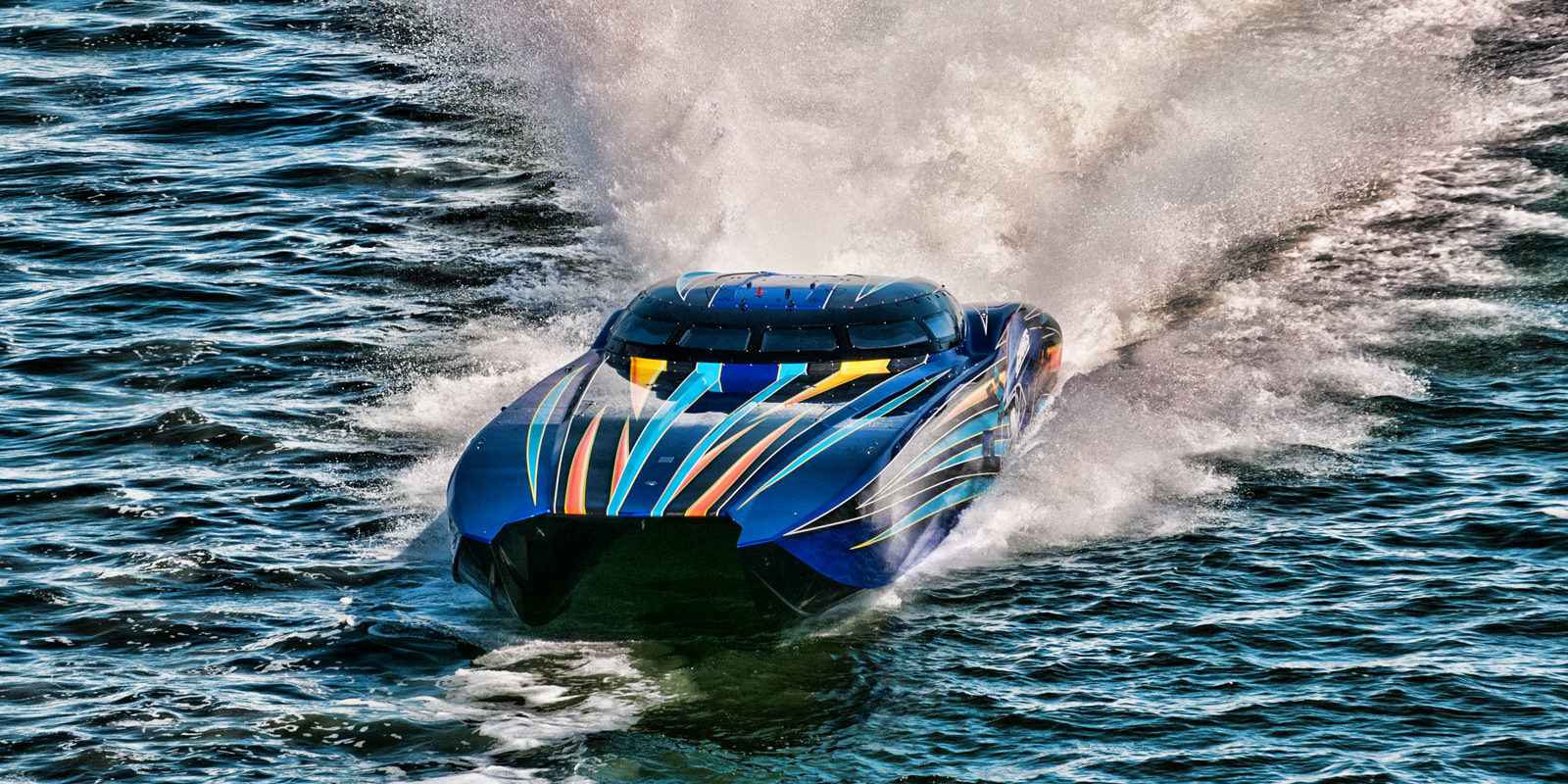 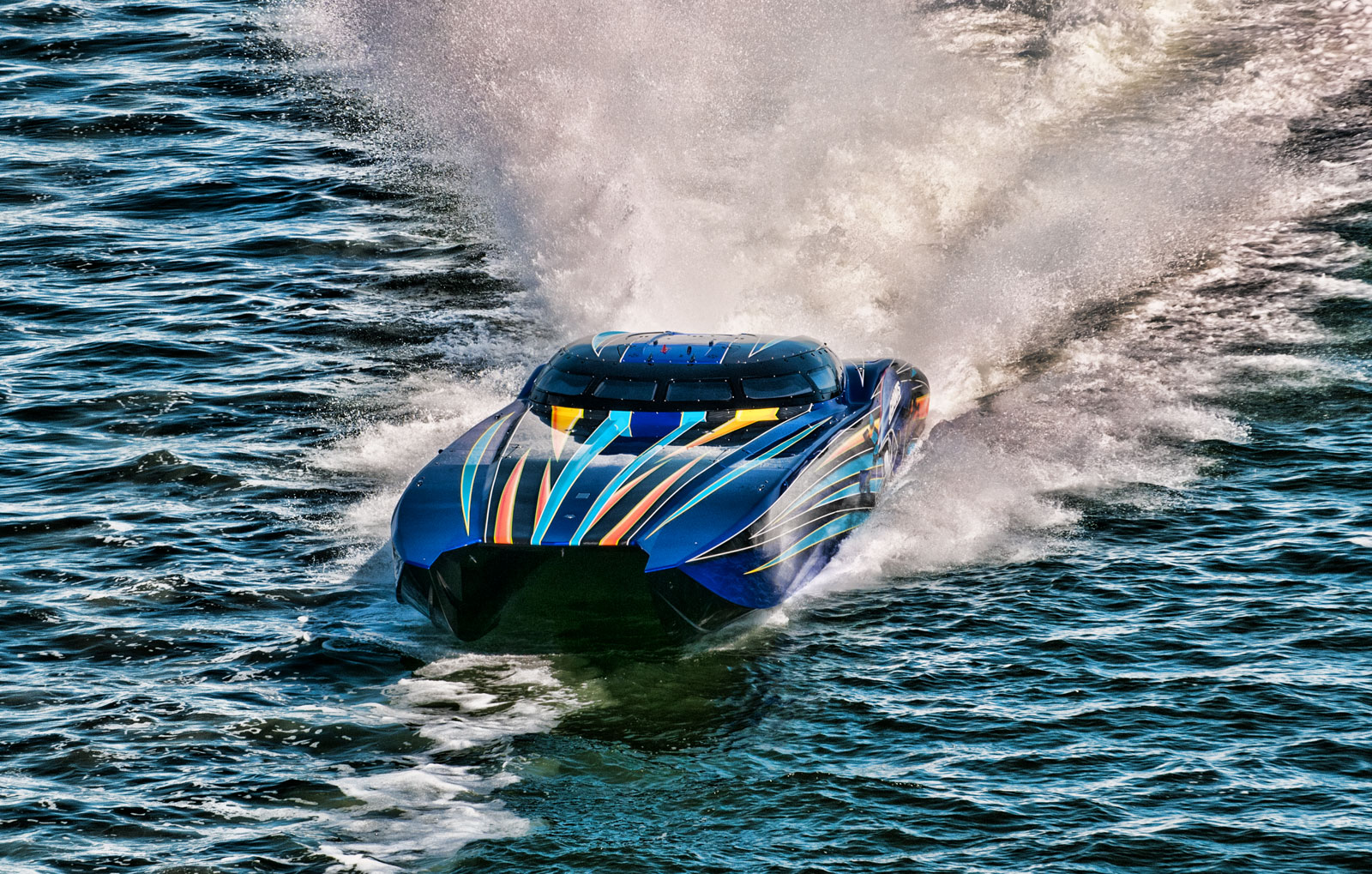 Brad Benson’s 52′ MTI Pass Blocker catamaran will be part of the stellar fleet during next month’s Florida Powerboat Club Miami Boat Show Poker Run! Learn more about it an excerpt from Speed On The Water below, or click here to read it in full.

In a few weeks, the catamaran, which reportedly has topped 180 mph with “plenty left,” will be part of the fleet heading to Holiday Isle, Fla., during the FPC’s annual Miami Boat Show Poker Run. And speedonthewater.com’s Matt Trulio will be on board for the second leg of the run after it reaches Gilbert’s Tiki Bar in Key Largo, plus a little “play time” after Benson and his passengers reach Holiday Isle.