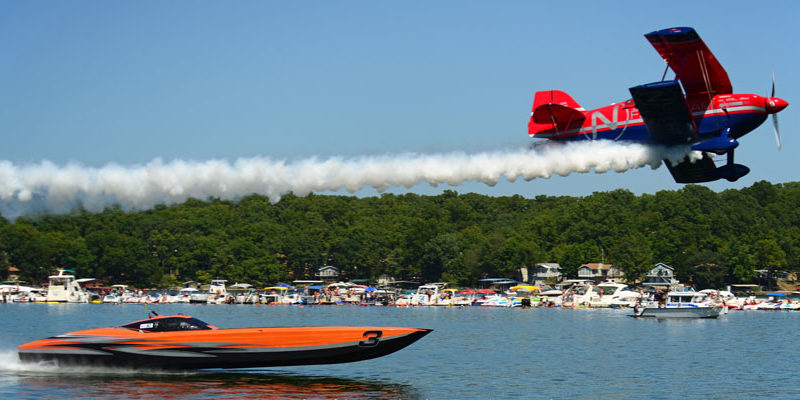 Check out this awesome recap from Speed on the Water Magazine regarding the fundraising that took place at the Lake of the Ozarks Shootout earlier this year, including our auctioned ride in the Bob Bull’s 52′ MTI Catamaran. Click here to read the article in full.

In an e-mail from Ron Duggan, the owner of Captain Ron’s in Sunrise Beach, Mo., earlier this week, the leader of the substantial group behind the Lake of the Ozarks Shootout said the 26th annual event set a new fundraising record.

With 29 charities and six local fire districts benefitting from the late-August event, which is one of the largest philanthropic events on the popular Missouri lake, this year’s donations reached $125,000, according to Duggan.

“We are extremely happy with the amount of money raised, despite the warm weather we had during the Shootout week,” Duggan said. “We appreciate the continued support that we receive from sponsors, racers, race spectators and the volunteers. Words cannot express how much I appreciate what everyone involved with the event continues to do for this community.”

Below is a video feature from Speed On The Water, as Jason Johnson interviews Marine Technology Inc. owner Randy Scism, who ran the fastest overall speed at the very first Lake of the Ozarks Shootout 26 years ago.