Team Abu Dhabi MTI At The Grand Prix of Italy 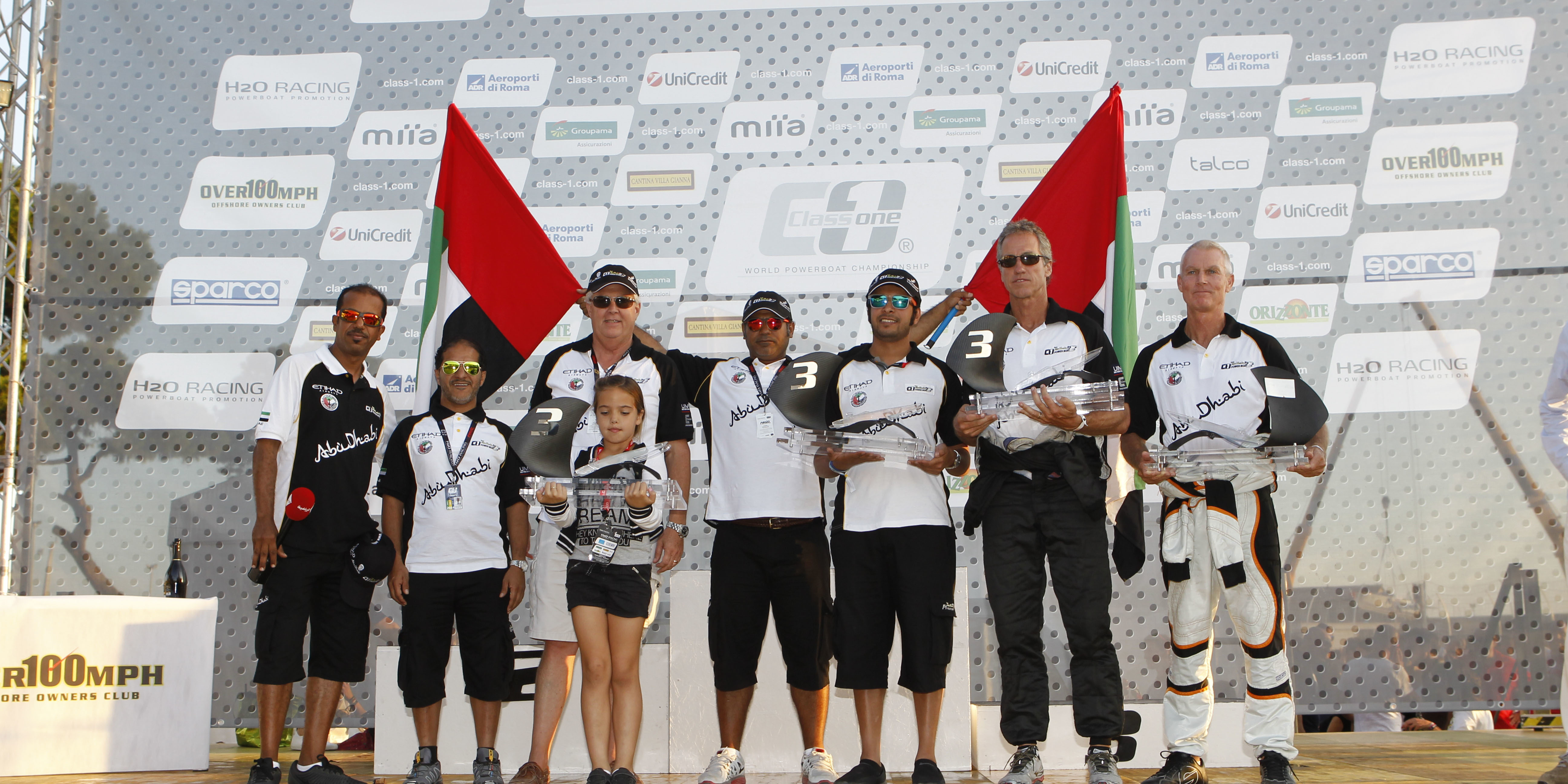 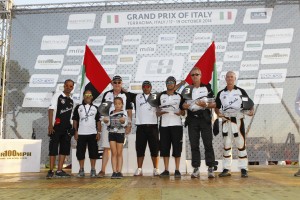 Saturday, October 18: Race 1 — John Tomlinson and Gary Ballough produced just the comeback result Team Abu Dhabi was hoping for, producing an impressive performance to take third place in their MTI Catamaran, a third podium for Tomlinson with the team and a first on his C1 debut for Ballough.

“We’re happy with that, glad we brought it home and in good shape,” said Tomlinson. “It was a good fair race with Fendi, they left us room when we needed it. Now we have to work on one or two things to pick up the pace for tomorrow.”

Sunday, October 19: Race 2 —With Victory side-lined the fight for second place was between Relekta-Zabo-Isiklar and Abu Dhabi who traded place behind the leaders. Ugur Isik and Christian Zaborowski passed Abu Dhabi on lap 3 and held them off until lap 7 when they conceded position, and after the next six laps and with a 20 second advantage it looked as though Gary Ballough and John Tomlinson were on course for a second podium, but on the final lap Abu Dhabi slowed after running out fuel.