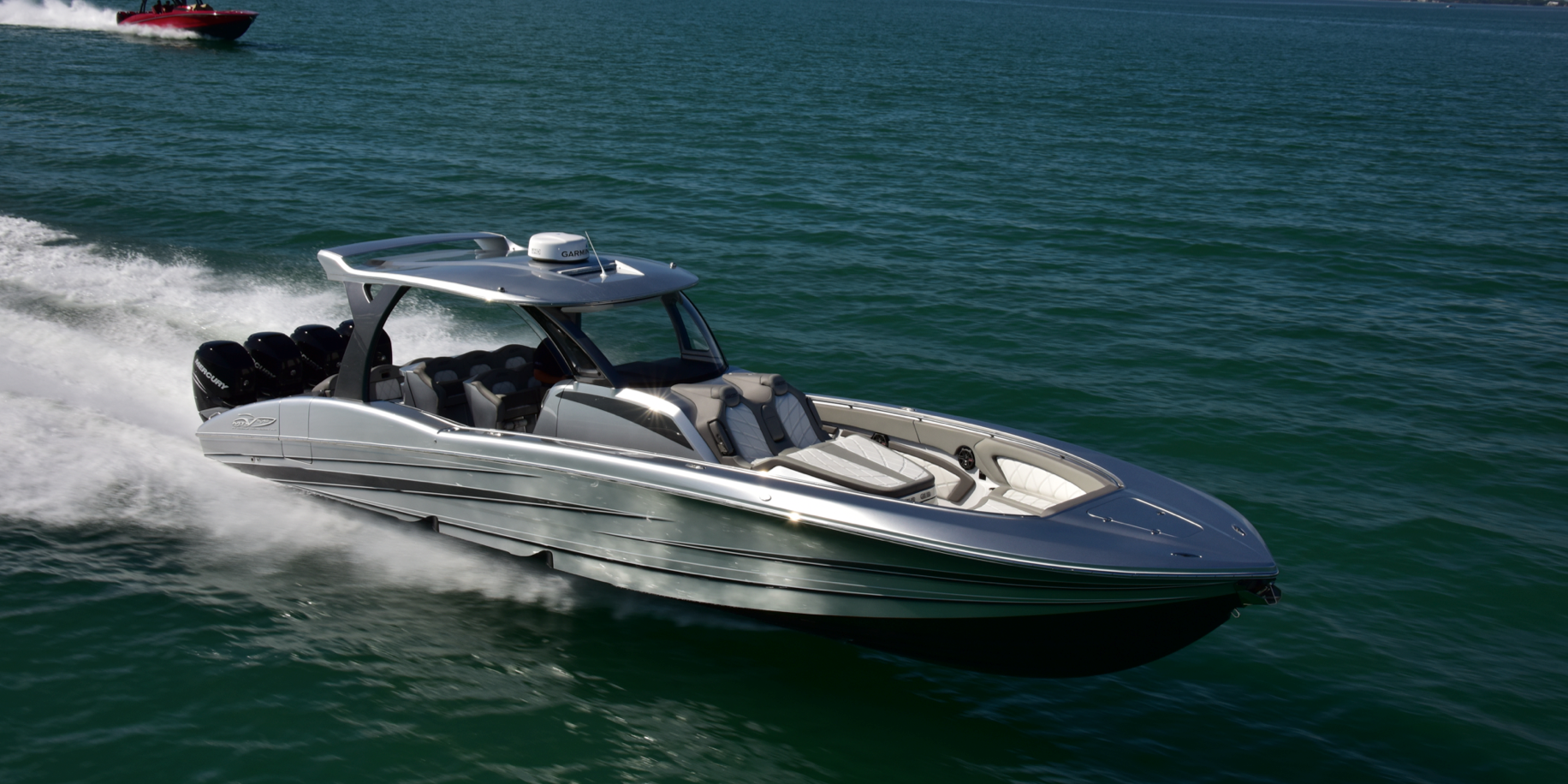 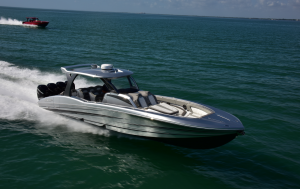 Marine Technology Inc has a reputation for unveiling amazing themed boats at Miami, and 2015 will be no exception. Tom Stuart, Sales and Client Relations at MTI, said there will be a new themed boat at this year’s show but he can’t give out secrets. The company will have on display two catamarans powered by Mercury Racing 1350s and a pair of the company’s center consoles, the V-42 Center Console. There will be one center console in the water at the Biscayne Bay Marriott and one on land set up as a fishing model.

MTI’s 42′ Center Console Remains A Total Stunner—and the newest build is no exception. — Feature from the latest issue of Speed on the Water Magazine

Three summers ago, Randy Scism, the founder and owner of Marine Technology Inc., in Wentzville, Mo., implored us not to view his prototype 42-foot luxury performance center console as a “finished product.” He promised us that the boat we rode in during the 2012 Lake of the Ozarks Shootout was a “rough demo model.” The final version would be far more polished, he said.

Of course, we nodded and agreed. But we were still secretly impressed with the prototype, which ran on a patented hull and turned with uncommon steadiness and precision.

Turned out Scism wasn’t kidding. The flaming red 42-footer powered by quad 300-hp Mercury Verado outboard engines that Miami-based MTI dealer Larry Goldman of Xtreme Powerboats delivered to the first buyer exceeded all expectations. Since then, the company has finished eight more 42-footers. Hull No. 10 is almost done, and hulls No. 11 and No. 12 will be finished in time for the upcoming Miami International Boat Show.

As for hull No. 9, you’re looking at it. And with its metallic silver finish, it might just be the sharpest one yet. Like all but two of the 42-footers, even those slated for MTI’s Miami display, quad 300-hp Mercury Verado outboard engines power the latest model delivered in mid-December to a client in Miami. (One model sports triple Seven Marine 557 outboards, another has quad 350-hp Verados.) With that power package, the boat tops out at 70 mph according to Tom Stuart, the company’s Sales and Client Relations.

Want to read more? Click here to download the latest issue of Speed on the Water Magazine now at no charge.