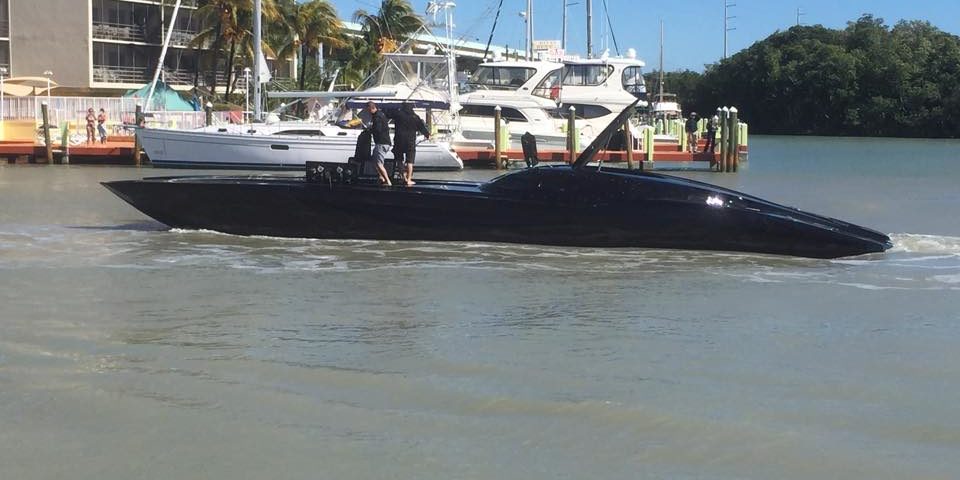 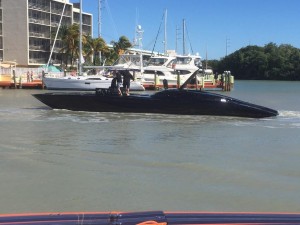 MTI was thrilled to participate in the 2015 FPC Miami Boat Show Poker Run. Check out the gallery at the bottom of this post to see the MTI Mecca on the water, and check out the article below from Speed on the Water Magazine, featuring a slick shot of the MTI Black Diamond Catamaran.

Image of the Week: Black Diamond in the Rough

Unless you’re looking at actual buoy readings, measuring wave heights in open water is a purely subjective pursuit. What one person calls two- to three-foot seas another calls four- to six-foot seas. And then there are “holes”—those extra-deep, unexpected and frankly rude drops between the swells.

Though accounts of the wave heights during last week’s Miami Boat Show Poker Run organized and hosted by the Florida Powerboat Club varied widely from one participant to the next, everyone involved agreed that conditions on the Intracoastal Waterway were nasty, maybe the nastiest they’ve been in the history of the event. Shorts, T-shirts and bikinis gave way to hoodies, windbreakers and sweat pants for the run from Miami to Islamorada on both days, which thanks to cold 20- to 30-mph winds barely crossed the mid-50-degree range. 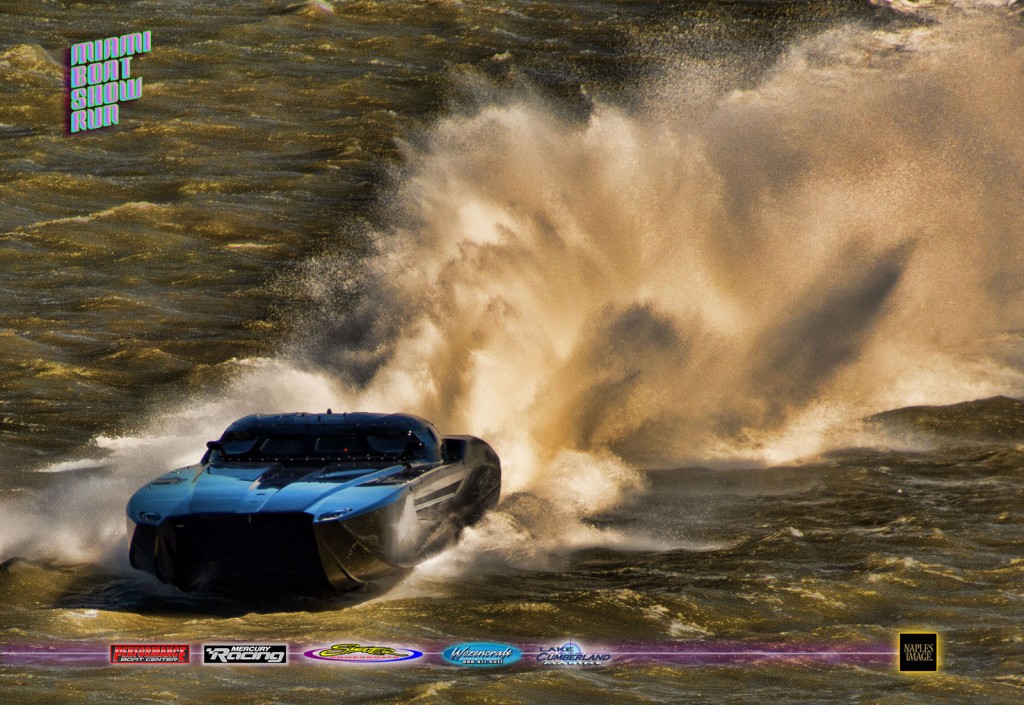 Still, there are plenty of folks out there who struggle with using “nasty” and “Intracoastal Waterway” in the same sentence. For those who feel that way, we offer the Jay Nichols image above of Black Diamond, a 52-foot Marine Technology, Inc., heading to the lunch stop at Gilbert’s on Key Largo. Anyway you look at this image taken from Card Sound Bridge—from the chocolate-milk water coming off the churned-up shallow bottom to the water’s foam streaked surface—it’s hard to see the conditions as anything but nasty.

So forget wave heights because, by any measure, conditions for the 2015 Miami Boat Show Poker Run were nasty.