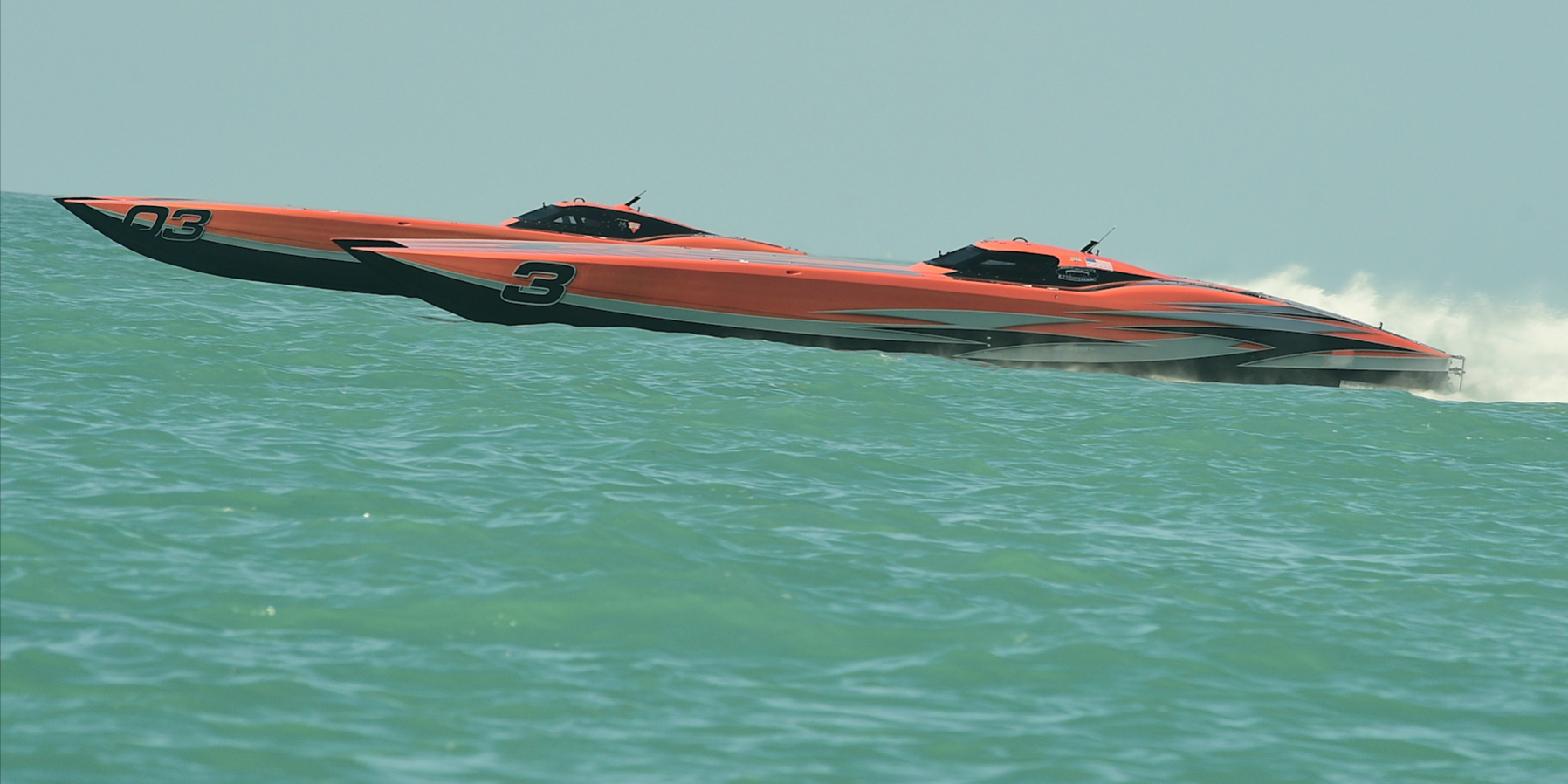 At MTI, one of our favorite memories from the 2014 Key West World Championships was watching the dynamic duo of CMS MTI catamarans battling it out on the water. If you, too, were a fan of the #3 and #03 orange and black MTIs, then make sure to keep an eye out for the teams during the 2015 Super Boat International Offshore Racing Circuit!

CMS offshore racing team owner Bob Bull impressed competitors and fans alike by fielding two Unlimited-class Marine Technology, Inc., catamarans in the 2014 Super Boat International World Championships in Key West, Fla. The CMS team will continue that two-boat strategy not only at the 2015 Key West Worlds, but during regular season races—all in Florida—including the SBI season-opener in Cocoa Beach, the newly added Marathon event during the July 4 weekend and the SBI National Championships in Clearwater.

“We had fun with those teams in Key West last year, so we might as well go with them again,” Bull said. “We’ll probably also do the Lake Race on the Lake of the Ozarks.”

If all goes to plan, the Unlimited class will have at least four boats in the Cocoa Beach, Marathon and Clearwater SBI events.

This article originally posted on SpeedontheWater.com