Pass Blocker MTI Up For Grabs! 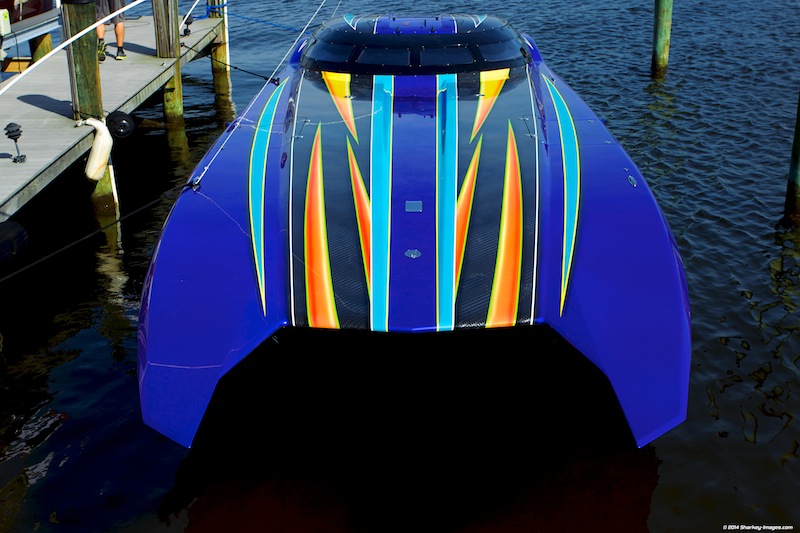 Brad Benson,former offensive lineman for the New York Giants, has put his notorious Pass Blocker MTI up for sale, meaning YOU have the chance to own this incredibly eye-catching and head-turning MTI catamaran!

Now that six-seat 52-footer is up for sale.

“I am just stepping away for a little bit,” said Benson, a Hyundai and Mitsubishi dealer who also owns a ranching operation out West. “I have some things at the property I have to pay attention to right now. I’m not saying I won’t be back. But for right now—right now—I am stepping away.

“We don’t live on the water, so for every time we took the boat out it meant a trip from the warehouse to Florida,” he added. “With my business, it’s been tougher and tougher for me to get away and be gone for that long.” 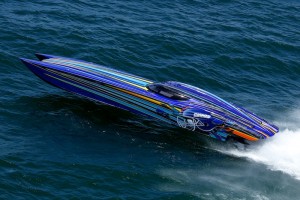 Pass Blocker is powered by a pair of Mercury Racing 1650 engines with, according to Benson, eight to 10 operating hours. With Benson and MTI principal Randy Scism on board, the cat has reportedly topped 185 mph with 150 to 200 rpm still left in the maximum operating range of the turbocharged engines.

“I never thought I would own a boat like this,” said Benson. “It’s flawless. And it’s never been passed.”

Editor’s note: Pass Blocker was featured in the March/April 2014 issue of Speed On The Water digital magazine. To download the issue now at no charge, click here.

CLICK HERE FOR MORE INFORMATION ON THE 52′ PASS BLOCKER MTI