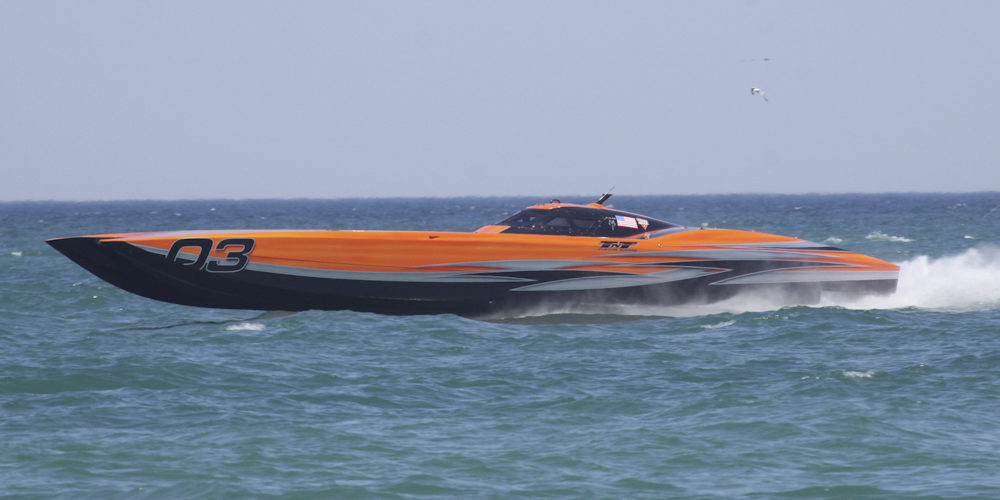 As a recap of the Super Boat International Great Lakes Grand Prix race, we’re featuring some shots of the Sailor Jerry-AutoNation and CMS MTI catamarans as they tore through the waves during the event weekend. We congratulate the teams again on their efforts during the race, with the Sailor Jerry-AutoNation placing second in the Superboat class and the CMS catamaran placing first in the Superboat Unlimited class!