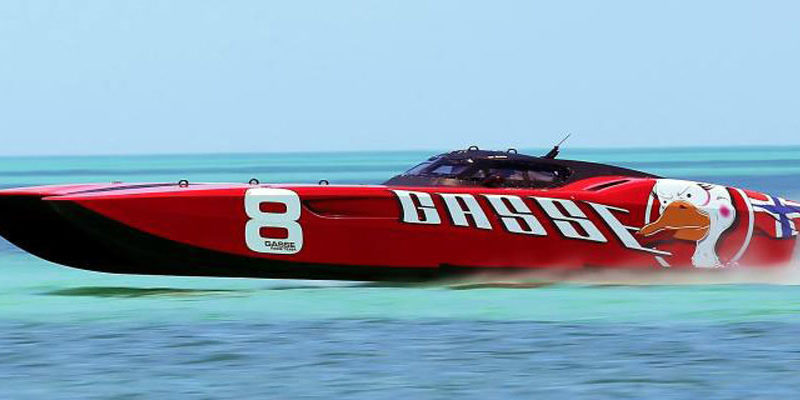 The notorious GASSE race boat is known for its impressive speed and presence on the water! Read below for more information on Mike Defrees recent purchase, and what’s to come of this sleek boat!

While its red-painted hull won’t change, the 48-footer will be rebadged with the Team CRC graphics and logos, and as well as the logos from the Sunlight Supply Inc., in Vancouver, Wash., the team’s new sponsor. (The CRC team also is based out of Washington.)

“I am pulling off all the ‘goose’ (Gasse translates to goose in Norwegian) stuff and putting on the Team CRC and sunlightsupply.com graphics,” said DeFrees, who confirmed his purchase this afternoon. “I have been after Gasse for about two years. We finally came to terms where the money is right for both of us. I haven’t purchased the support trailer—we’re still trying to work out the price on that.”

DeFrees said he is hoping to come to Key West the week before the SBI Worlds for a few practice/setup sessions in the boat with Beckman.“That is the game plan for now at least,” he said. “Otherwise, we’ll have to come down and get set up and practice and dialed in on Tuesday before Wednesday’s race. We’re pretty excited about it.”