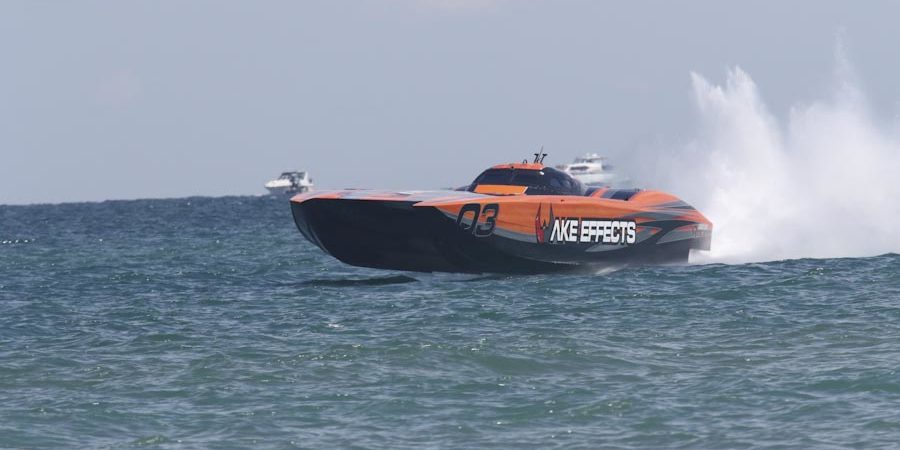 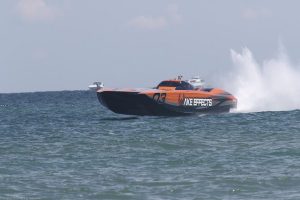 SpeedontheWater.com recently caught up with the crew at MTI to get some insight into the team’s gameplan for the incredibly exciting, yet busy weekend coming up. Check it out, below.

Beginning with the Wednesday evening Shootout on the Strip—the huge boat display on Bagnell Dam Strip in Lake Ozarks, Mo., that is part of the Lake of the Ozarks Shootout—the team at Wake Effects, the local MTI dealer, has been running full-steam ahead, and will continue through the weekend.

And not just because of the 28th annual top-speed event, which takes place Saturday and Sunday (Aug. 27-28) at Captain Ron’s in Sunrise Beach. Even more so because of the season’s fourth Super Boat International offshore race in Mentor, Ohio for the Inaugural Park Ohio Grand Prix, this weekend in which Wake Effects owner Rusty Rahm will be running the Wake Effects 48-foot MTI alongside his CMS Offshore Racing teammate and throttleman, Jeff Harris.

“Here’s the deal,” said Rahm (earlier this week), whose team holds the points lead in the Superboat Unlimited class heading into Sunday’s Mentor Super Boat Grand Prix. “My 52 MTI, which is currently for sale, is going to be on display Wednesday evening with several other MTIs. On Thursday we plan to do the MTI Owner’s Fun Run in the morning, then we’re doing the Make-A-Wish kids rides at Captain Ron’s in the MTI as well as one of our MasterCraft models.

“Then on Friday we’ll be running the MTI in the Poly Lift Poker Run in the morning followed by a couple of demo rides that afternoon,” he continued. “That evening, we’re flying out for the race in Mentor. It’s going to be busy but fun. Hopefully we can get another win.”

According to Rahm, the 52-foot cat will be at the docks at Captain Ron’s on Saturday and Sunday, and it’s likely that MTI’s Randy Scism and Tom Stuart will take it out for a pass in the Shootout.

“Of course, we’ll be checking in on the Shootout from Ohio, and it’ll be the same for the guys at the Shootout trying to find out what’s going on in Ohio,” Rahm said. “It feels strange that I won’t be at the lake this year, but I’m committed to racing and I know the team back at home can handle things without me.”

MTI’s third 34-foot cat—No. 1 debuted at the Shootout on the Strip Wednesday—can be yours by calling Rahm or the Wake Effects team at 573-348-2100. If you act quickly you might still have time to pick paint and interior colors.