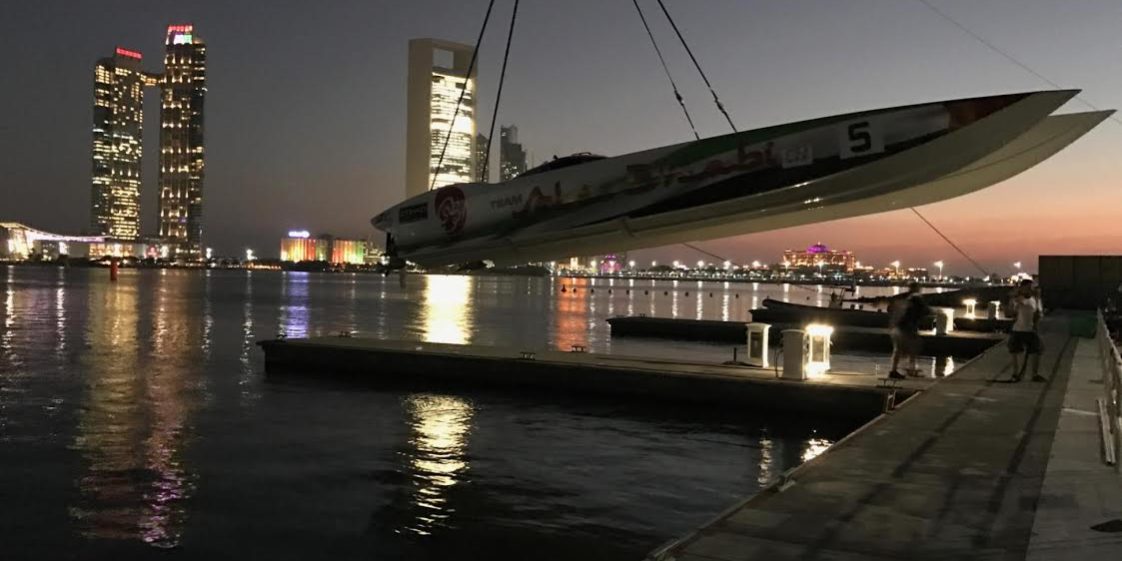 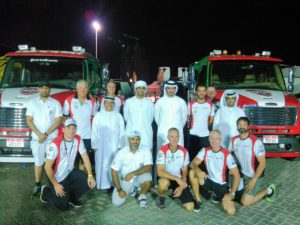 Marine Technology Inc’s own Randy Scism ventured to Abu Dhabi earlier this month for the Union Internationale Motonautique Class 1 World Powerboat Championship. Check out the article, below, for a recap of the event, as written by Speed on the Water Magazine.

Although the team’s primary rival—Victory Team—brought the world championship trophy back home to Dubai after losing it in 2015, Team Abu Dhabi won the third and final race of the Union Internationale Motonautique Class 1 World Powerboat Championship in dramatic fashion at the Abu Dhabi Breakwater on Friday afternoon. Trailing the multi-time world champions, Arif Saf Al-Zafeen and Nadir Bin Hendi, by 10 points heading into the third-race showdown, Team Abu Dhabi 6’s American teammates John Tomlinson and Gary Ballough led through the opening lap and began to pull away from Victory 3 using a quick three short-lap strategy to perfection to enhance the gap. When the Victory 3 boat slowed to a crawl with a broken propeller and was unable to finish higher than fourth, the host team appeared to claim its second straight world title by a single championship point. 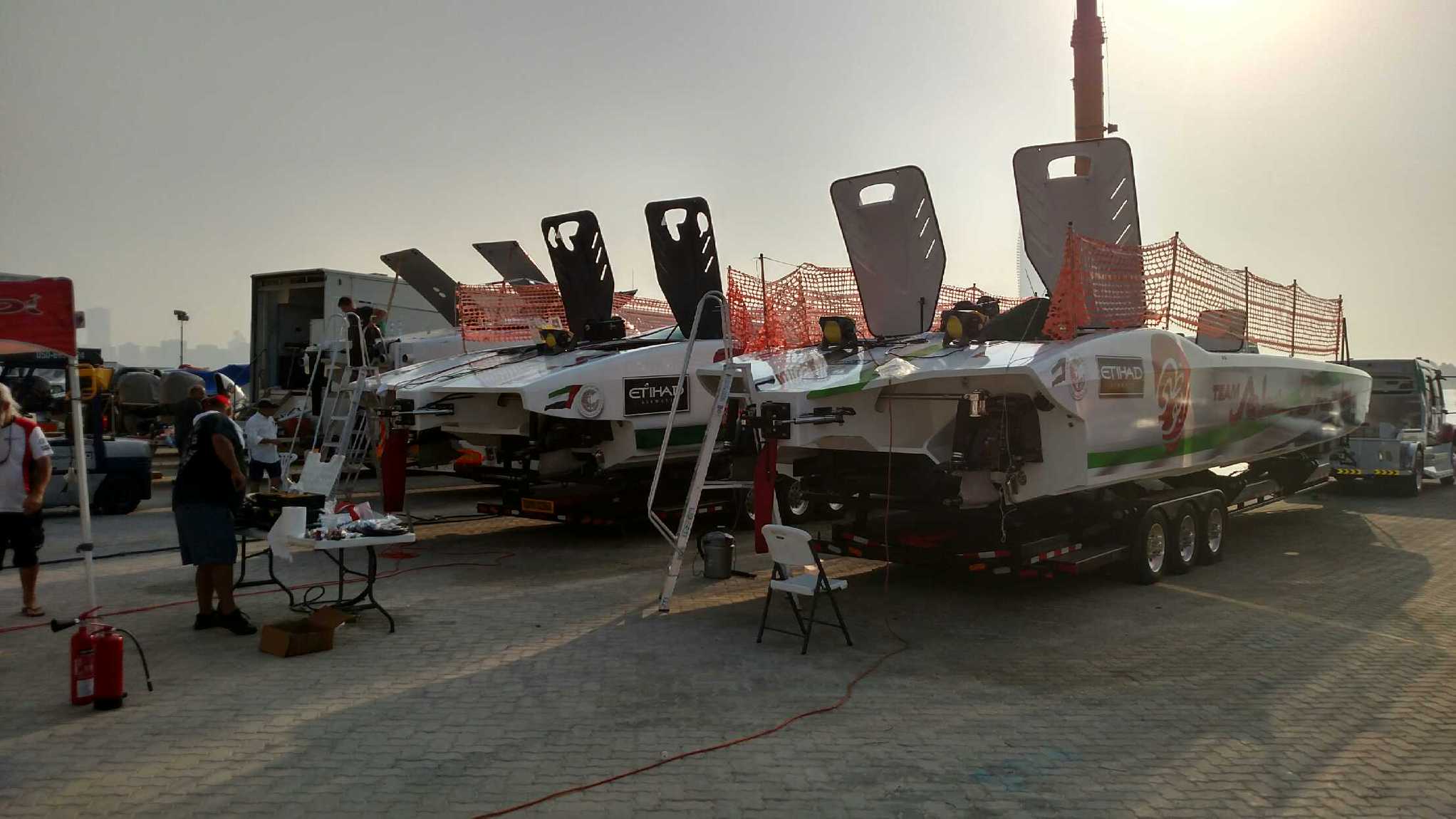 In the end, Victory Team regained the championship it ceded to Team Abu Dhabi last November by one point. The Dubai crew earned four points for running the same engines throughout the race meeting and Team Abu Dhabi was penalized for lifting a Mercury valve cover to make necessary engine checks and only earned two of the four bonus points on offer. “I guess that is why we go racing,” said Team Abu Dhabi’s Class 1 racing manager Randy Scism, the founder of MTI in Wentzville, Mo. “This is what it is all about. The boys worked around the clock to get the second boat back in the water. We got the first boat running right, so this is unbelievable for us. What a great finish for His Highness Sheikh Sultan and everyone at the Abu Dhabi team.”