Catch the MTI-V 57 at the Miami Boat Show! 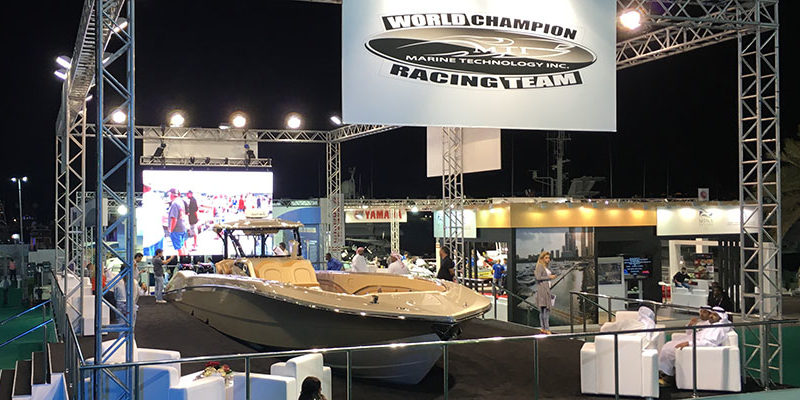 Jason Johnson of Speed on the Water Magazine recently caught up with the team at MTI to get a sneak peek at what we’re bringing to the Miami Boat Show next week! Check out a portion of the article, below.

As many manufacturers are at this point, the team at MTI in Wentzville, Mo., is running full-speed ahead getting its boats prepped for the 2017 Miami International Boat Show (Feb. 16-20).

According to Randy Scism, the founder and owner of Marine Technology Inc., the company is excited to debut its first production-built 57-foot luxury performance center console from the docks at Miami Marine Stadium Park & Basin.

Scism confirmed that MTI is going to be showcasing at least one MTI-V 42 next to the 57-footer, along with a breathtaking new 340X owned by longtime MTI customer Bob Bull, a new 48-foot cat and a new 52-foot cat.

“We’re going to be in the same spot as last year,” Scism said, referring to booth spaces 386-392. “I think people are going to be very impressed with our display, especially with the variety of boats we’ll in the water. I can’t wait to see what everyone thinks of the 57. It’s going to be a real showstopper.