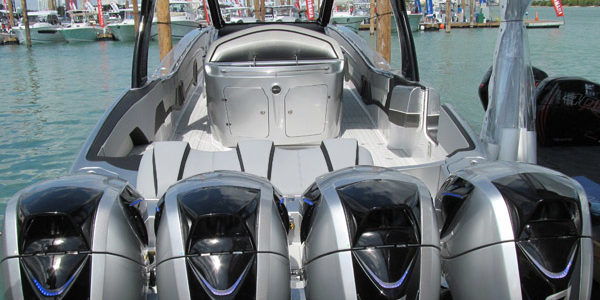 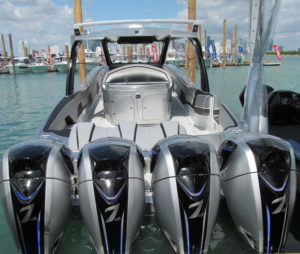 Check out an awesome recap, compiled by Offshore Only, featuring MTI at the 2017 Miami Boat Show!

The Miami International Boat Show docked at the historic Miami Marine Stadium Park and Basin and displayed a mix of dynamic machines, incredible power packages and must-have accessories for the performance enthusiast that continues to drive the industry forward.

As I headed for the MTI booth, I remembered Tom Stuart’s comments when we talked last fall in Fort Lauderdale. His “stay tuned for the MTI-V 57 in February” proved the ultimate teaser not only for the company’s next-on-the-drawing-board model slated to launch in Miami, but for every aficionado as MTI unveiled it’s best and biggest: the all-new 57’center console that boasted a sold sign before the luxury vee bottom even arrived at the show.

“It’s a cool piece,” Larry Goldman, Xtreme Powerboats at Haulover Marine Center, explained. “It’s larger beam, extra length and expanded entertainment area easily carries up to 25 people on board.” Dressed in striking silver/black graphics with a quad Seven Marine 627 outboard power package, this big brother of the MTI-V 42 is set to run in the 70 mph zone.

This article was originally posted on Offshoreonly.com.