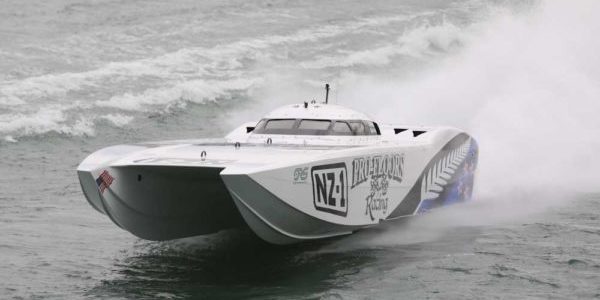 Offshore racing is heating up for the 2019 season, with the Key West Commission voting to approve the five-year promoter contract for November offshore races. This year we’re looking forward to seeing our impressive MTI boats on the water, once again competing in Dunkirk, NY, Clearwater, FL, and Key West! 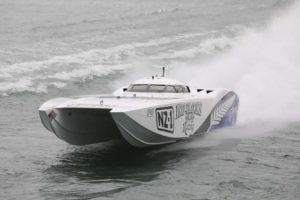 But the recommendation was not an official decision until the Key West City Commission voted to approve the ranking committee’s recommendation during tonight’s meeting.

“This whole process has taken so long and it spilled over into the second quarter of 2019,” said Larry Bleil, the Key West-based founder of RWO, in a press release. “I am so happy it is over so we can get on with things. And now, we can finally roll out our plans and talk about this season.”

According to the release, Race World Offshore has been “working behind the scenes” to be officially recognized as an APBA sanctioning body and “has successfully been granted that status.” But while Key West will cap off the 2019 RWO season, the organization has two other races on its schedule this year.

The first RWO/APBA National Offshore Powerboat race will be Aug. 16-18 in Dunkirk, N.Y. The organization held its first event at the Lake Erie venue year.

While the Dunkirk race come as no surprise to anyone as it has been on the organization’s schedule for months, RWO’s second race in Clearwater, Fla., Sept. 27-29 is a significant and a largely unexpected announcement. From the outset, Clearwater event organizer Frank Chivas had insisted that his race be listed TBD (“To Be Determined”) on the APBA Offshore Championship Series schedule—and it was. But Chivas confirmed his commitment to the RWO schedule via text message this evening and the RWO race will mark the 11th anniversary of offshore racing in Clearwater.

Clearly suprised by the Clearwater announcement, Powerboat P1 head Azam Rangoonwala, who along with OPA president Ed “Smitty “ Smith had anticipated having Clearwater officially on the APBA Championship Series schedule, had no official comment when this story went live. Rangoonwala said he would address the Clearwater decision within the next 24 to 36 hours.