The Family Ties of MTI | The Girl with a Plan 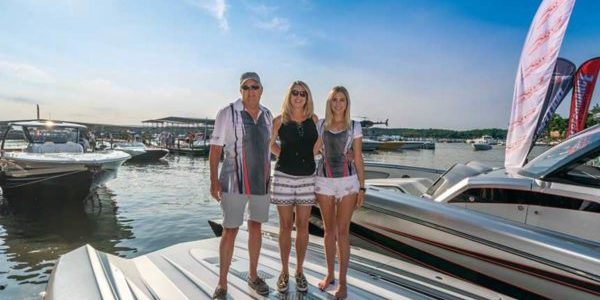 Taylor Scism, daughter of Randy Scism, checked out other career paths before deciding on joining her dads business. Read the exciting article below to find out more about Taylor and what she has done so far for us here at MTI. 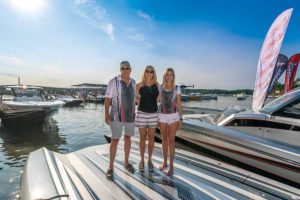 Randy, Cherell and Taylor Scism at the 2019 Lake Race in Lake of the Ozarks, Mo.

Taylor Scism checked out other career paths during her time at the University of Mississippi but ultimately decided that she wanted to be part of the team at Marine Technology Inc., the company her father, Randy Scism, founded. “It wasn’t my number one direct path. I explored some other options, as well. But going into college, it was something I wanted to be an option,” the 22-year-old says. “I just love boating, and I just kept coming back to MTI and was able to ride in and drive the boats.”

At Ole Miss, Taylor was one of 50 students selected to participate in a focused engineering program at the Haley Barbour Center for Manufacturing Excellence. Toyota sponsors the program, which includes a daylong session in which students are told to create a car company.

“I was at a table, and there were 13 boys, me and one other girl, and everyone just kind of sat there staring at each other,” Taylor says. “I said, ‘Why don’t we do a high-end luxury car?’ It was when Tesla was just starting. I stuck to what I knew about high-end boats and made the car.”

She wound up being one of 10 students offered a full scholarship, and she earned her degree last spring. “I majored in marketing and corporate relations, and minored in manufacturing engineering to get that holistic perspective,” she says.

Additionally, she took over the MTI Instagram account and increased it from 3,000 to 13,900 followers in four months. She also helped launch the company’s apparel website in December. 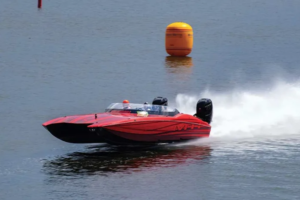 Taylor and Randy Scism competed together for the first time at the 2018 Lake of the Ozarks Shootout in a 34-foot MTI catamaran.

Throughout college, Taylor also gained experience working at MTI headquarters in Wentzville, Mo., during summers. After her freshman year, she put together a build book for production of the company’s 42-foot center console. “We didn’t have a production manual on how to build the boat,” she says, so she and another intern composed a 100-page guide.

Additionally, she took over the MTI Instagram account and increased it from 3,000 to 13,900 followers in four months. She also helped launch the company’s apparel website in December.

Even with her experience, Taylor didn’t feel like she was ready to take on marketing MTI by herself, so she went to The Creative Circus in Atlanta, a six-week workshop for the creative side of marketing. “I understood the definitions and what they meant, but I didn’t know how to personally lay out an ad,” she says. “This was Photoshop, InDesign, so I could accumulate that experience.”