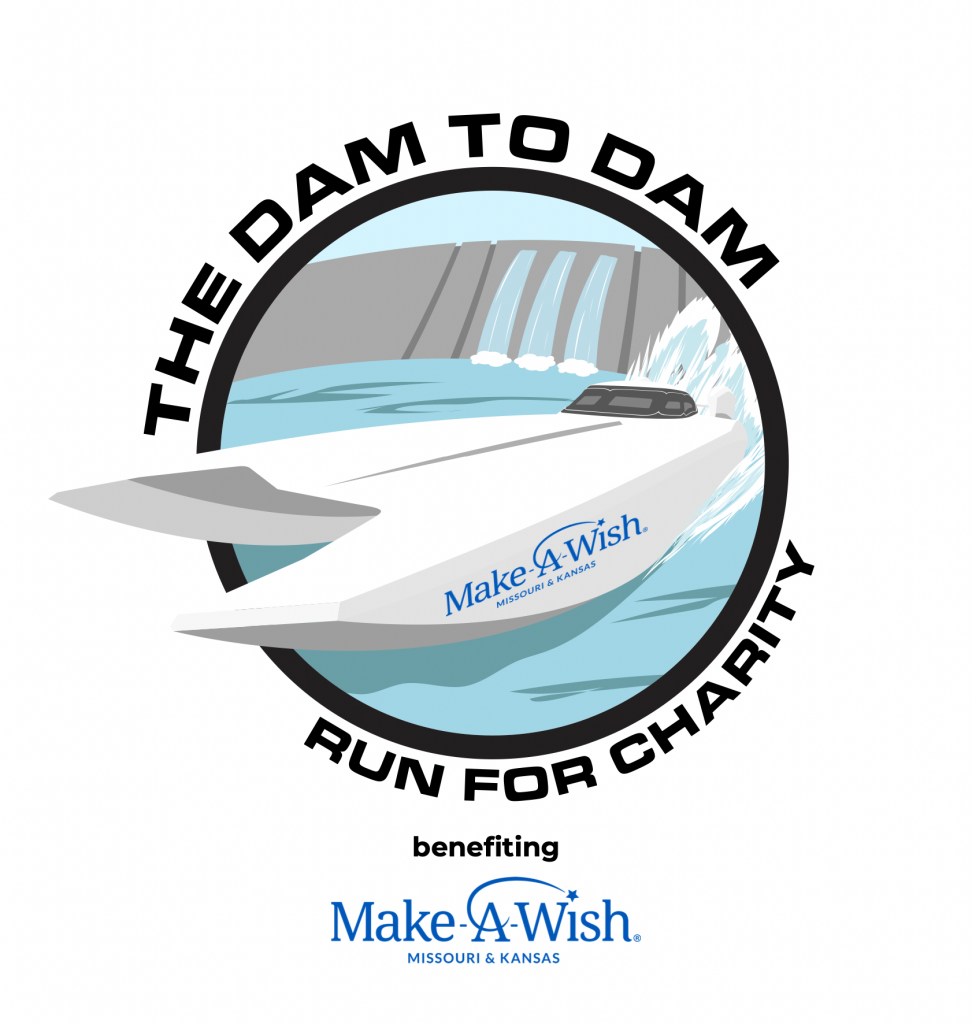 The Monday before LOTO’s Shootout Week, MTI will be participating in a competition against fellow Lake Ozark Racers, MCON, in an attempt to beat the previous record in the Dam-to-Dam Challenge. MTI will be donating all of its proceeds to the Make-A-Wish Foundation of Missouri and Kansas. To join MTI as we help support this great cause, click here to donate to the foundation! For more information about the event, continue reading.

Not only is the LOTO Shootout Week highly anticipated by fans but so is this challenge that is taking place prior. Speedonthewater.com shared some information on the upcoming event and why what these teams is doing is so important.

“Randy and I think this is going to be a lot of fun—we’re just hoping the weather holds up,” said Taylor Scism, who added that Kimber and Tom Cline of Tom Cline Helicopter are going to be providing aerial coverage and support during the attempt on Monday morning, August 22. “We’re taking the record attempt seriously, as we do with any race, but ultimately our goal is to raise as much money as we can for Make-A-Wish Missouri and Kansas.”

Scism said she selected that charity because she is very involved with the Make-A-Wish Foundation in St. Louis and because the Shootout has longstanding ties with the organization thanks to the annual Wish On A Ride events it has been hosting for more than a decade.

Although this is not the first of this event, the setup of it is still in the works to ensure top safety for not only the boat attendees but viewers. Speedboat.com was able to get some more information from Scism on how the challenge is supposed to work.

World champion offshore racer and 2022 Lake of the Ozarks Shootout Honorary Chairperson Taylor Scism has announced she will drive her MTI 390X Team Marine Technology in an attempt to set a new Dam-to-Dam Challenge speed record on the Monday morning of Aug. 22, prior to LOTO’s popular Shootout Week. Scism will pilot the boat alongside her father, MTI President Randy Scism.

Meanwhile, Taylor’s charity will benefit the Make-A-Wish Foundation of Missouri and Kansas, which creates life-changing wishes for children with critical illnesses. “When a wish comes true, it creates strength, hope and transformation in a child–and a community,” cites the organization.

Scism tells Speedboat that they plan to stagger the two launches, “probably by 10 or 15 minutes,” she says. “It gets pretty narrow on the part that you can actually run in, so we won’t run together for everybody’s safety. There are a lot of bass boats out there, and I don’t want anyone causing any issues. Staggering will help with some safety concerns as well.”

The plan is for each team to depart from The Neon Taco restaurant on Bagnell Dam Strip. They will then head towards Truman Dam and then return to Neon Taco, while being chased and documented by Speedboat Magazine, courtesy of Tom Cline Helicopters. All other details regarding the run, including additional plans to track the boats via telemetry technology, are currently under discussion, Scism says.

Original and complete articles published on Speedonthewater.com and Speedboat.com

To donate to the Make-A-Wish Foundation of Missouri and Kansas, click here!!