MTI is excited to introduce their new line up of boats at the 2012 Miami boat show. We are shaping the future of boat building again… and will be introducing our new center console boat for the first time ever! The first boat is in production now and will be available this summer. Place your order NOW and be one of the first to own this incredible MTI-V42 MTI Patented Design craft. 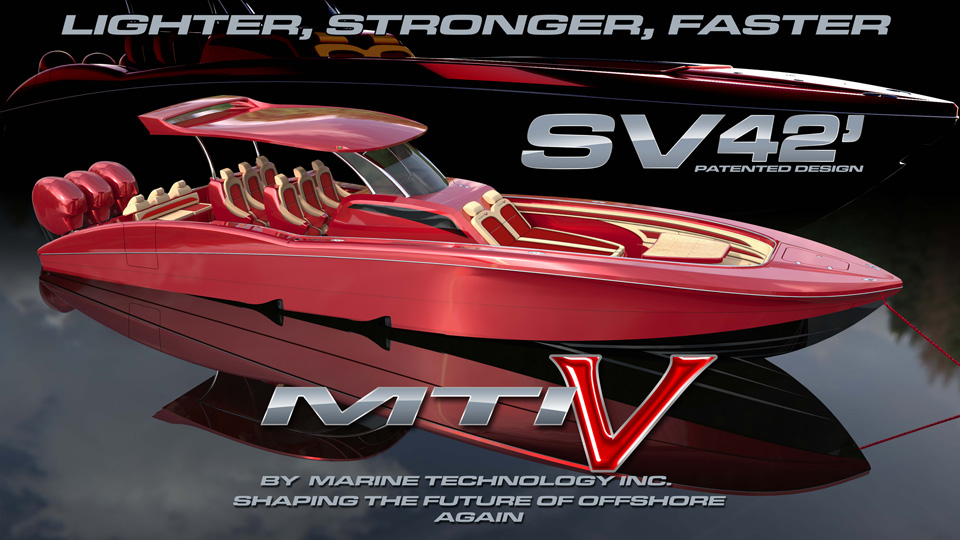 Most exciting, you won’t believe that you can stand straight up in the cabin.The cabin is equipped with head, bed, fridge, flat screen and whole lot more. Yes… it’s a Center Console. “We have a feeling this boat will be lighter, stronger and faster than the competition. We also expect it to be a much drier ride with better performance than anything out there” comments Randy Scism.

“We want to raise the bar on this style of boat,” he said. “It will be for people who want to step up to the next level after owning the typical center-console.”

Power options will range from triple, quad and even five outboard engines to inboard variations if a customer wants to go that route with a pair of Mercury Racing 525s or even turbocharged 1100s.

“We’ve test drove nearly everything on the market so we know what the benchmark is,” he added. “We plan on surpassing that and building a state-of-the-art model unlike anything else out there.”