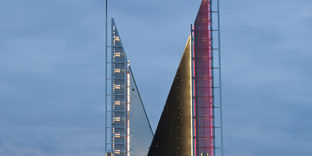 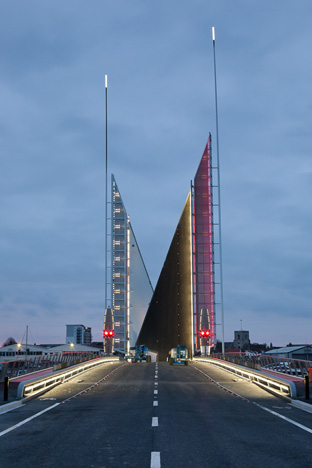 Around 2,000 spectators gathered to watch the grand opening ceremony of the Twin Sails Bridge, on Friday the 9th of March 2012.  A flotilla of stunning boats passed through the bridge, including a Sunseeker Predator 84, to commemorate the official opening of the new bridge. Evening entertainment was provided for the crowds, including a musical accompaniment from the Bournemouth Symphony Orchestra, as well as Her Majesty’s Royal Marines Collingwood band.

Live music and street entertainment commenced later in the evening on the quayside, culminating in a grand finale fireworks display, which brought the celebrations to an end well into the night. The ceremony took place to mark the conclusion of a 40-year dream for a second Poole Harbour crossing.

Now a proud dealer of Sunseeker Yachts, If you are looking for a slice of luxury, you can learn more about MTI’s new partnership today by calling 636.639.1166.