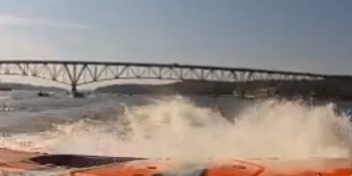 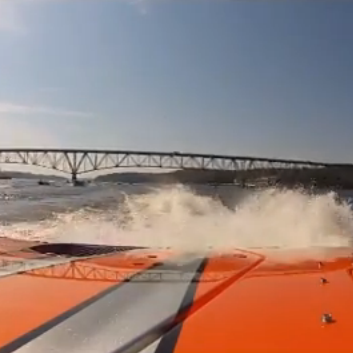 eck out this killer video of an MTI boat ripping through the waves at the 2012 Lake of the Ozark Shootout Poker Run!

The Lake of the Ozarks Shootout is the largest unsanctioned boat race in the United States and has been voted as the number 1 boat race/shootout in the Country by the Powerboat Magazine Readers for the last two years.  It has also been listed by  Powerboat Magazine as one of the 8 “must see” boating events.  Official speeds at the Captain Ron’s course have hit as high as 208 mph.  New radar guns in 2012 proved to be extremely accurate for the racers.