Behind the Scenes Look At Belisle MTI Catamaran 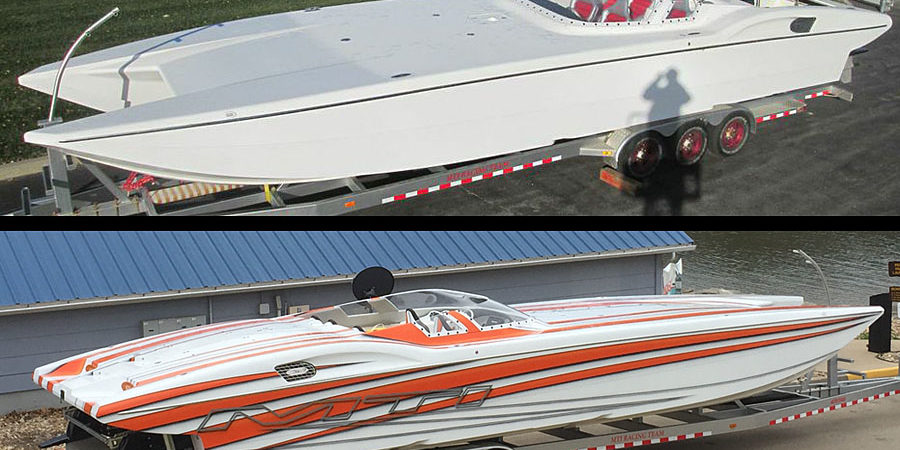 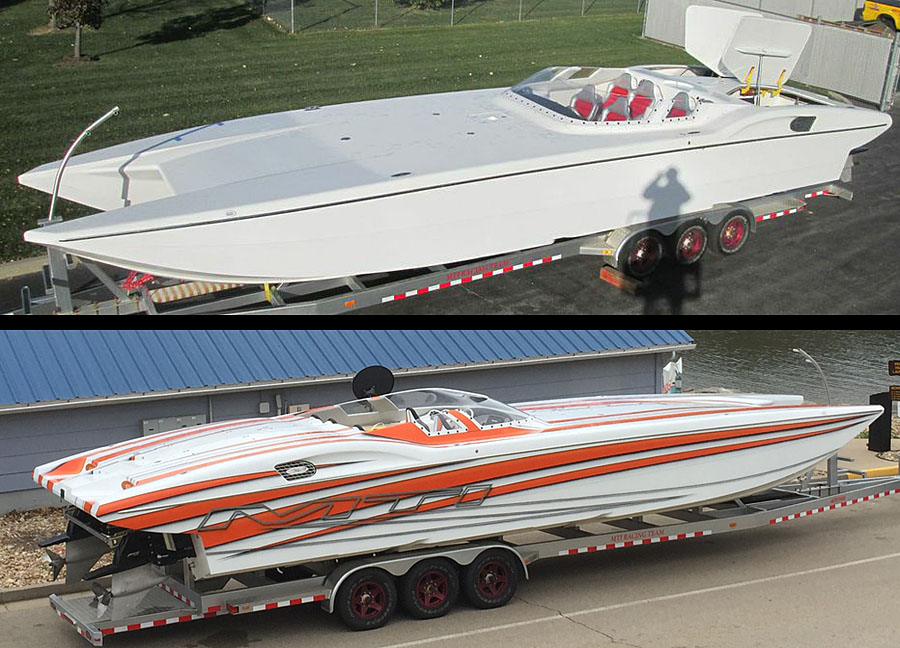 The Fort Myers Offshore season-ending Fun Run to Sarasota, Fla., last weekend was extra special for Fort Myers, Fla., performance boater Eric Belisle and his wife, Keri. The couple, which is heavily involved with the club’s winter and spring events in and around Southwest Florida, usually attend the runs in their 32-foot catamaran with twin Mercury Racing OptiMax 300XS engines.

But last weekend’s Fun Run was different as the husband and wife showed up to the Sarasota Hyatt docks with a new ride. Thanks to some incredible timing, the Belisles are proud new owners of a revamped 2008 Marine Technology Inc. catamaran with twin Mercury Racing 700SCi engines.

“I’ve really wanted a boat with Merc 700s,” said Eric, who serves as president of the FMO board of directors. “I’ve always loved the lines of an MTI and we’ve wanted a six-person cockpit. We got extremely lucky with the timing of this boat and because we had the ability to do everything that we wanted to do with it. It was almost like buying a new boat without having to pay for a new boat.

“I have to thank everyone at MTI, especially Tom Stuart,” he continued. “All of the guys at MTI treated us like royalty. Even though the boat was an ’08 you would think we were building a brand new boat with all the time they spent with us. They delivered on everything they said they would—they even did more than what we agreed to in some cases.”

Belisle is especially excited about his MTI, which was all white before the Wentzville, Mo., company applied the beautiful orange, gray and white paint job, because the offshore catamaran received a couple of additional features that MTI has incorporated on its newer boats as of late.

According to Gallagher, MTI’s sales and marketing director who delivered the boat on Thursday and participated in the Fun Run with the Belisles to help them get used to the 40-footer, the boat came back to MTI on a trade from a customer in Turkey. It didn’t take long for a customer to pull the trigger.

“Eric made the trip to ‘chilly’ Missouri in December to see and test the boat before agreeing to purchase it,” Gallagher said. “Then Eric and Keri came to the factory to select the colors, etc. Much of what they did was the same process that customers go through on a new boat build.

“We repainted the boat and redid the interior in the boat,” he added. “All of the hardware was changed to orange from the red and yellow that it was before. We even grafted in a mount for a retractable ladder on the rear of the bussel between the drives. After doing the run with Eric and Keri it was quite obvious they were happy with the boat.”

Eric Belisle, who grew up on the water, admits upgrading the family boat was motivated by his involvement with FMO.

“We have so much fun with the club—it’s actually been a big driving force for us to move up in boats,” said Belisle who sold his 32 Spectre to another club member, Neal Kirby. “Ever since we bought the Spectre my wife has been hooked on cats. After we ran into some pretty snotty weather on Sunday while running outside in the Gulf with Tim on the sticks, I wasn’t sure how she was going to respond. But once we got back inside she looked at me and said, ‘That was so much fun.’ I mean she enjoyed it as much as I did.”

Along with boating in and around Fort Myers this summer, Belisle said he’s hoping to bring the boat to thePirates of Lanier Poker Run in Georgia in July, the Lake of the Ozarks Shootout in Missouri in August and theFlorida Powerboat Club’s Key West Poker Run in November.

This article originally posted on OffshoreOnly.com.