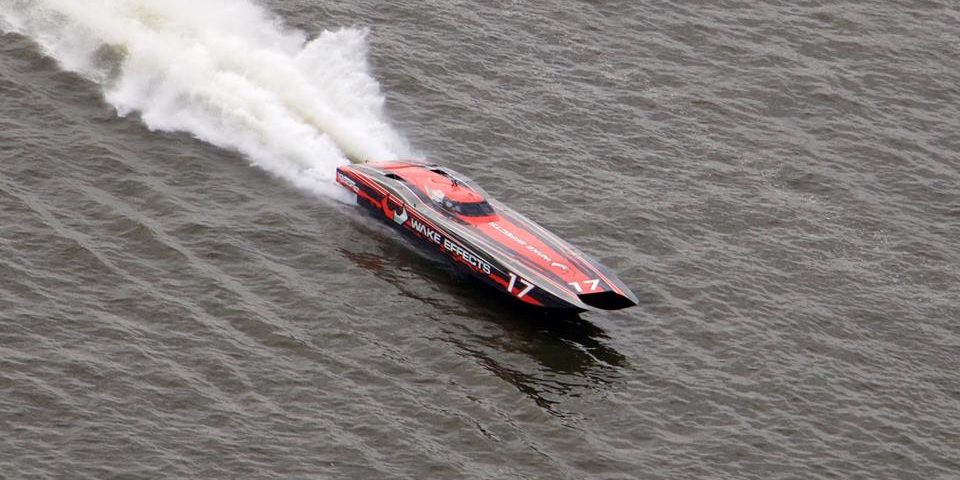 After jumping out to an early lead courtesy of Mercury Racing, a failed water hose resulted in an early retirement for the #17 Wake Effects MTI catamaran at the 2017 Lake Race. The team showed amazing pace in the early laps of the race and will be ready for the next bout at the Super Boat International Race in Mentor, Ohio! Despite both being sidelined by mechanical issues, the #17 and fellow Marine Technology In stablemates CMS Offshore Racing had a great battle for first place for the majority of the race!

Check out some photos of the Wake Effects Offshore Powerboat Racing and their MTI Catamaran at the 2017 Lake Race at Lake of the Ozarks in the gallery, below. You will find some behind–the–scenes pictures from testing and preparations for the event, as well as some from the race itself!