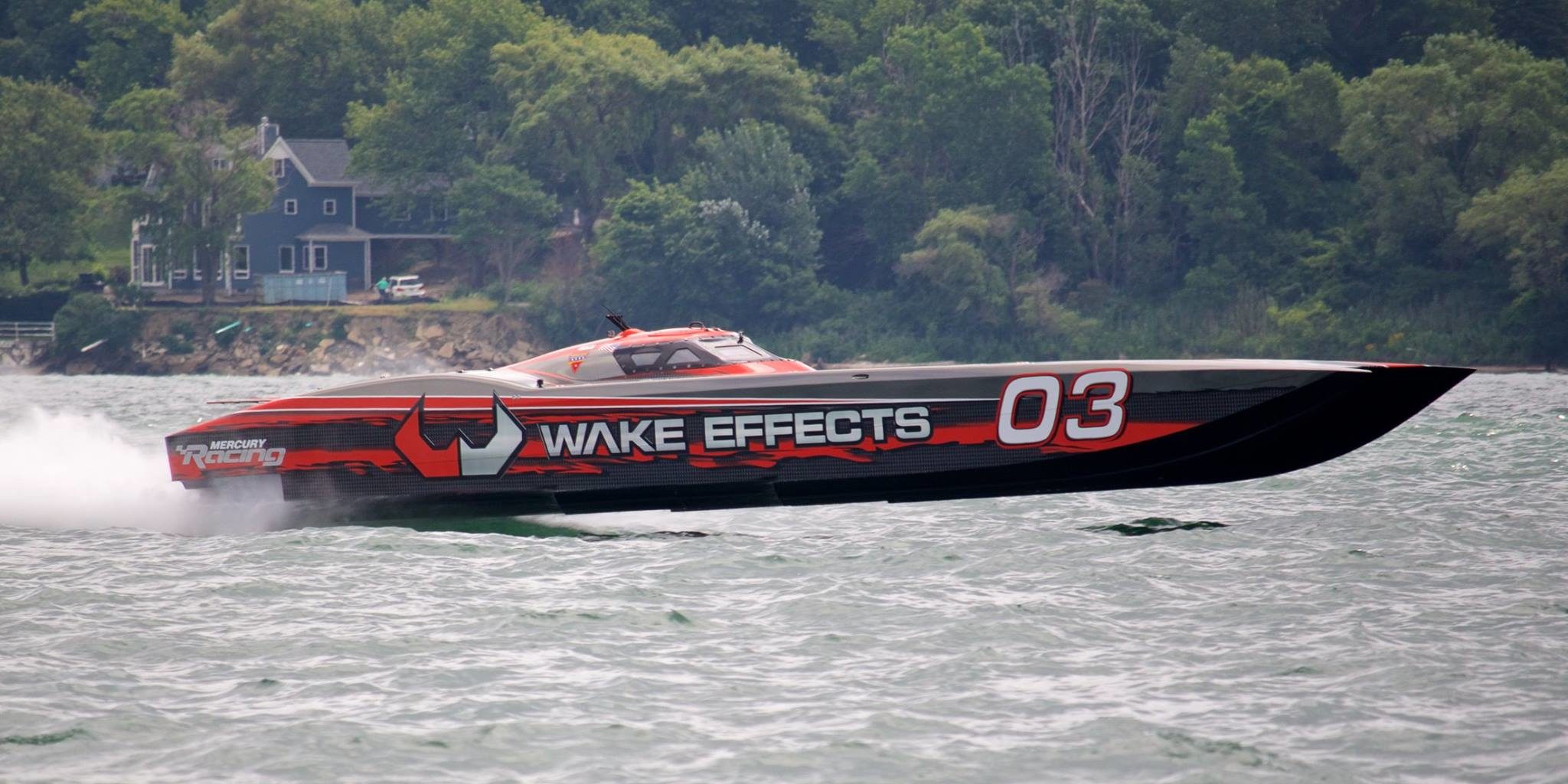 The 03 Wake Effects Offshore Powerboat Racing team established a commanding lead in the early stages of the 2017 Mentor Grand Prix! The 48′ MTI piloted by Rusty Rahm and Throttled by Jeff Harris were managing their pace to maintain the gap to Cat Can Do Racing before losing a propeller on Lap 7. The team put in a tremendous amount of work over the weekend to resolve the issues with the water system and the Mercury Racing power ran flawlessly during the race.

Check out some of the first pictures of the Wake Effects team at the 2017 Mentor Grand Prix!